Tyron Woodley Rips Kyle Rittenhouse For Reaction To The Prosecution
published on November 16, 2021
curated and posted by BRWLRZ Team

In late August of 2020, Kenosha, Wisconsin became the epicenter of civil unrest. The police shooting of Jacob Blake caused the town to erupt in turmoil. During an incident on Aug. 23, a 29-year-old man was shot four times in the back and three times in the side of his abdomen. The on-duty police officer perceived him as a threat, and he was carrying a knife.

During the period of social unrest that followed, a 17-year-old named Kyle Rittenhouse shot and killed two men and wounded another. Rittenhouse attests at the first location, he was chased down by Kenosha resident, Joseph Rosenbaum. While Rosenbaum attempted to fight off an armed Rittenhouse, it would all be for naught. According to a witness, Rittenhouse fired four shots into Rosenbaum and he died shortly after.

Following the incident, Rittenhouse was chased down by a group of people. In another altercation, two men tried to gain control of Rittenhouse’s weapon. One of the men attempted to neutralize the 17-year-old with a skateboard. As a result, Rittenhouse would fire two shots and kill one person while injuring another at the second scene.

Tyron Woodley isn’t buying Rittenhouse’s reaction to the prosecution. After being pressed by the prosecutor, Rittenhouse began to blubber and cry while recounting the incidents.

“If he don’t get that inner cry shit outta here! ” Tyron Woodley posted in response to Rittenhouse.

After clipping Rittenhouse’s emotional breakdown during the trial, Woodley’s video made light of the now-18-year-old crying without shedding any actual tears. The presiding judge dismissed the misdemeanor weapons charge and many believe that paves the way for lighter consequences when the court renders a verdict.

Recently, the U.S. has struggled with police violence, which has caused political unrest in multiple states across the country. After mocking the 18-year-old, it’s clear Tyron Woodley isn’t buying Rittenhouse’s defense.

What do you make of Tyron Woodley’s reaction to the Kyle Rittenhouse case? 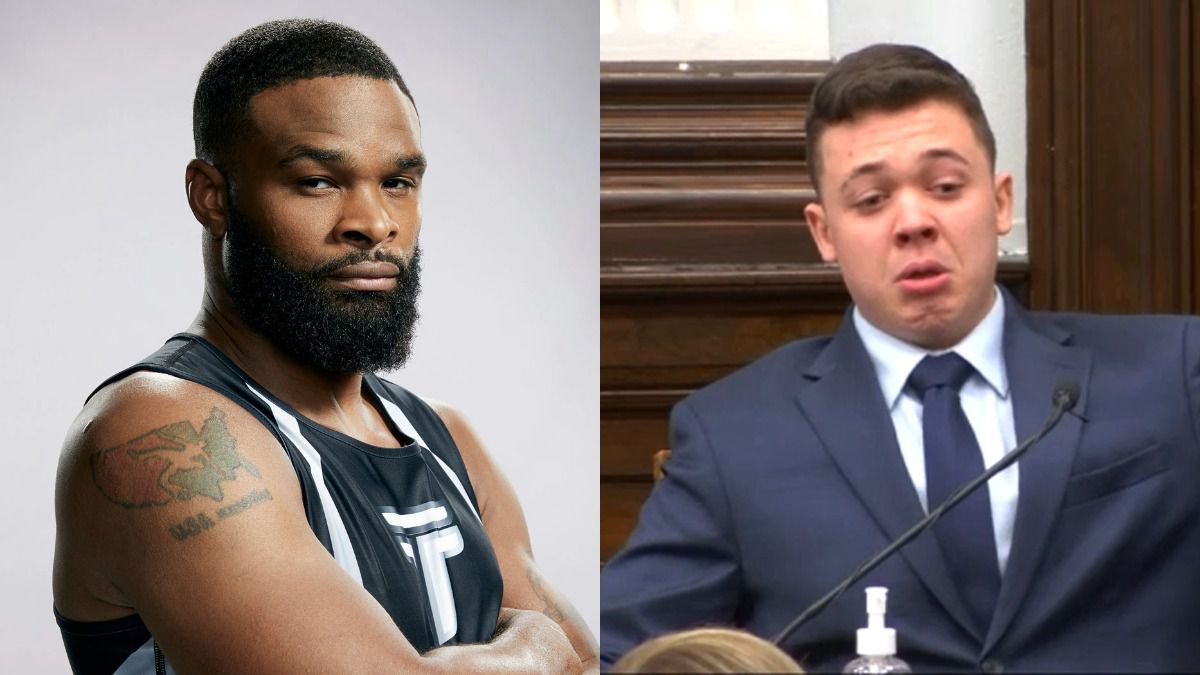