Tyron Woodley Makes A Vow After Prophesied Rematch Is Booked
published on December 9, 2021
curated and posted by BRWLRZ Team

Tyron Woodley has made a vow to the world about his upcoming rematch against Jake Paul: nothing will stand in the way of a knockout this time around.

After a roller coaster of tattoo bets, trash talk, and emotions, the door to a Jake Paul vs. Tyron Woodley rematch appeared to be closed. At least, that’s what Paul himself stated when Woodley failed to act on their tattoo bet agreement swiftly enough to his liking. Much to the chagrin of the Jake Paul-branded Woodley, his YouTuber nemesis had moved on to someone else, reality TV star and undefeated boxer, Tommy Fury.

After Woodley lashed out at Paul for not granting him the rematch that was promised to him, he was blessed with an early Christmas gift. Fury withdrew from the bout with a chest infection and rib injury, and then the moment that Woodley prophesied came to pass.

“I want to let you guys know I’m excited about this fight,” Woodley said on Instagram. “I also want to let you guys know that something told me – end of September, beginning of October I told my boxing coach, ‘My spirit ain’t sitting right. The fight that’s supposed to happen is me and Jake. This Tommy Fury fight doesn’t even make f*cking sense. Like, who gives a f*ck about that fight? Nobody do.’ …

“I told my coach that and I didn’t just speak it and tell him that, I said, watch what I’m telling you. I told my strength and conditioning coach and my boxing coach, ‘This fight ain’t gonna happen. Let’s train as if we are fighting for this f*cking fight.’ I flew him in from Miami – my strength and conditioning coach is already in St. Louis – and I literally started training.”

Woodley’s hastened training will be put to use one week from Saturday on December 18. Paul has been training for this fight for weeks, with the official announcement for his next bout coming down in October. Meanwhile, Woodley did not have anything lined up following his first fight against Paul in August.

Nevertheless, “The Chosen One” maintains that he will be entering the ring as a ready and ravenous fighter.

Much was said prior to Woodley’s first bout with Jake Paul on both ends. The outcome would turn out to be milder than what either man predicted, with the fight going to the scorecards. Woodley was particularly criticized for not being more aggressive during the fight, especially after he had sent the former Disney star down onto the ropes.

This time, Woodley spoke with a strong emphasis in his assurance that things will be different and that the closure will be definitive and absolute.

“No doubt, no controversy, no bullsh*t, no shenanigans,” Woodley said. “He’s going. To. F*cking. Sleep. I promise you that.”

On December 18, we will see if Woodley’s second premonition also comes true. If it does, one thing is for certain: He will be leaving Tampa, Florida $500,000 richer.

What do you think? Does Tyron Woodley knock out Jake Paul this time around? 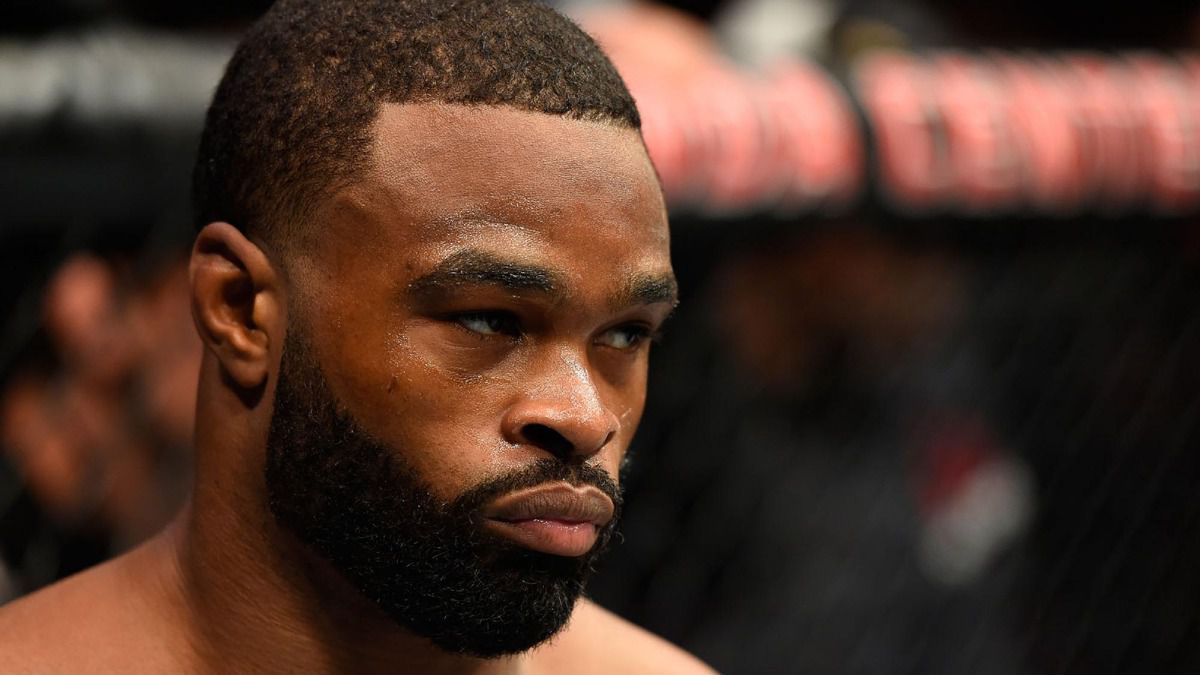