Minutes after the first fight between Jake Paul and Tyron Woodley, Woodley demanded a rematch, and the two opponents awkwardly revamped their tattoo bet during the post-fight interviews. This time, the immediate aftermath was much more amicable.

Woodley bore the brunt of defeat right on the chin, with no excuses and a hard lesson learned. Although naturally, as stated in the post-fight press conference, he would still like to fight Paul again if he had it his way.

Nevertheless, with redemption slipping through his fingers, that leaves both hands free to give Paul well-deserved applause for the legitimate threat he poses as a fighter. According to Woodley, that respect has always been there from his end, so now it’s time for the rest of the public to follow suit.

“So at some point, we’re gonna have to put a little respect on Jake’s name,” Woodley said at the post-fight press conference. “I never really disrespected him as a power puncher. That’s something we always knew. That’s why my defense was so tight. And had he dropped his hand on me, the same shit would’ve happened.”

That KO did not happen for him, and Woodley would exit the Amalie Arena without the extra $500,000 he was hoping for. Woodley did have Paul literally on the ropes in their first encounter, but many people believe his lack of follow-up aggression let Paul off the hook.

It is uncertain where Tyron Woodley and Jake Paul will go from here, but it’s safe to say that the Paul/Woodley chapter of both men’s careers is officially closed. At 24 years old, Paul has many more pages to fill in his athletic story and many more opportunities to continue earning respect in every passing fight.

For the 39-year-old Woodley, that respect has already been earned long ago, whether or not his story continues.

Do you think Jake Paul gets enough respect? 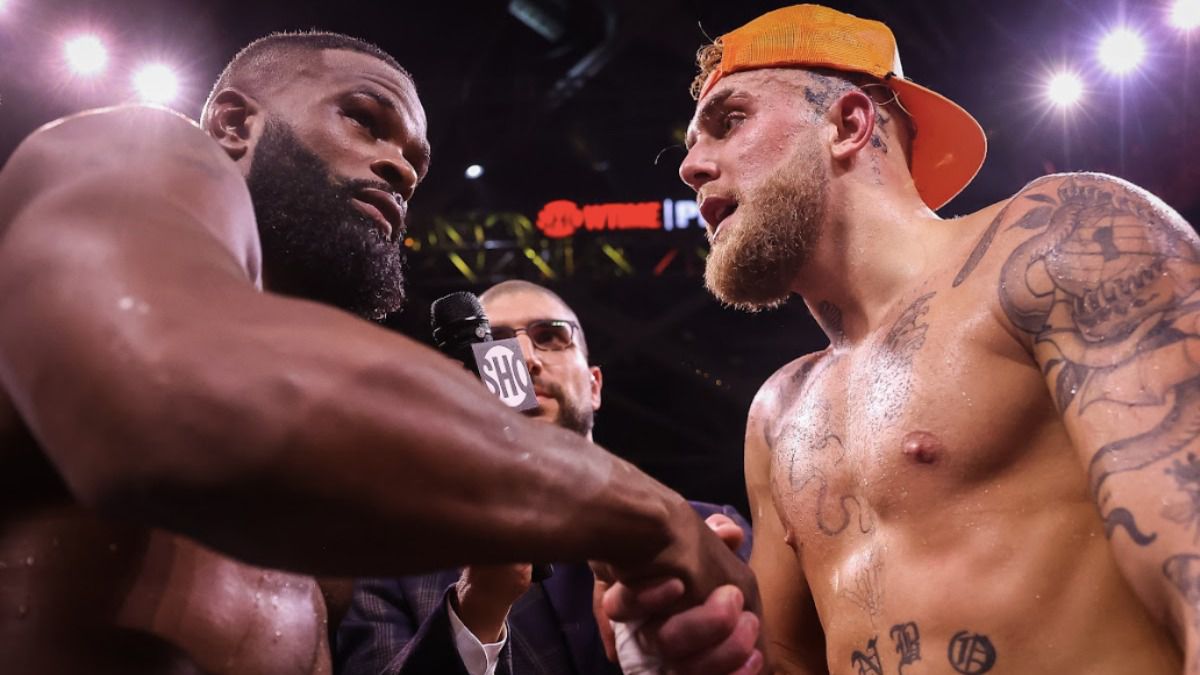