Tyron Woodley Does Not Believe In Quitting Despite What Naysayers Want
published on January 22, 2022
curated and posted by BRWLRZ Team

Although the former UFC Welterweight champion, Tyron Woodley is on a six-fight losing streak, he is still determined to get back on the winner’s circle.

2021 presented many challenges for Woodley. A loss to Vincent Luque at UFC 260 and towards the end, he lost twice to Jake Paul, in December by a vicious knockout.

Social Media reacted negatively to the fighter’s shortcomings, but Tyron Woodley is not fazed, rejecting suggestions for him to hang it up after the abysmal run he’s been on.

“And people want you to quit because it makes you their equal. They’re willing to quit. It’s something they always do. They quit jobs like a motherfucker. They quit on the treadmill, they quit. Even after they said 30, they quit after 10. They quit on their diet one week into January. (To) People and humans, it’s so much easier to quit. So when you can try to encourage somebody else to quit, it makes us feel equal. We’re not equal because I’m built different,” Woodley told Ariel Helwani in a recent interview with MMA Fighting.

“The Chosen One” refuses to allow his last bout to signify his career.

“I never thought that, and everything that I had before, all it did was basically, I was gonna fight three times this year anyway, maybe four,” answered Tyron Woodley when asked if he thought his recent loss shrouded his image permanently.

Tyron Woodley could shock the world in 2022.

The former Welterweight Champion wants to get back out there and show MMA fans what he is capable of. Woodley’s KO loss on December 18 was a setback for his next match, but he still plans to fight this year.

“But it’s just basically when I fought in December, it kinda took away a chance for me to fight in January. I was gonna fight in January, most likely. So all it did was replace that. I’m still gonna fight a couple more times this year, go out there and kick some ass, get back in the winning side, and just show people who I am and remember. Like, it’s so easy to quit,” Woodley continued.

Many incredible fighters have it snags in their career. For example, MMA legend Anderson “The Spider” Silva has made a comeback through boxing after suffering several losses towards the end of his UFC career, not to mention, Robbie Lawler who got some redemption with his win against Nick Diaz at UFC 266.

And 42-year-old Glover Teixeira fought for the belt and lost against Jon Jones in 2014, but became the UFC LightHeavyweight Champion last October at UFC 267.

So, Woodley has a message for those who want to see his downfall:

Having six losses back-to-back is enough to break many people, but Woodley’s strong fighting spirit may be the deciding factor in his next bout.

Are you excited for a Tyron Woodley fight in 2022? 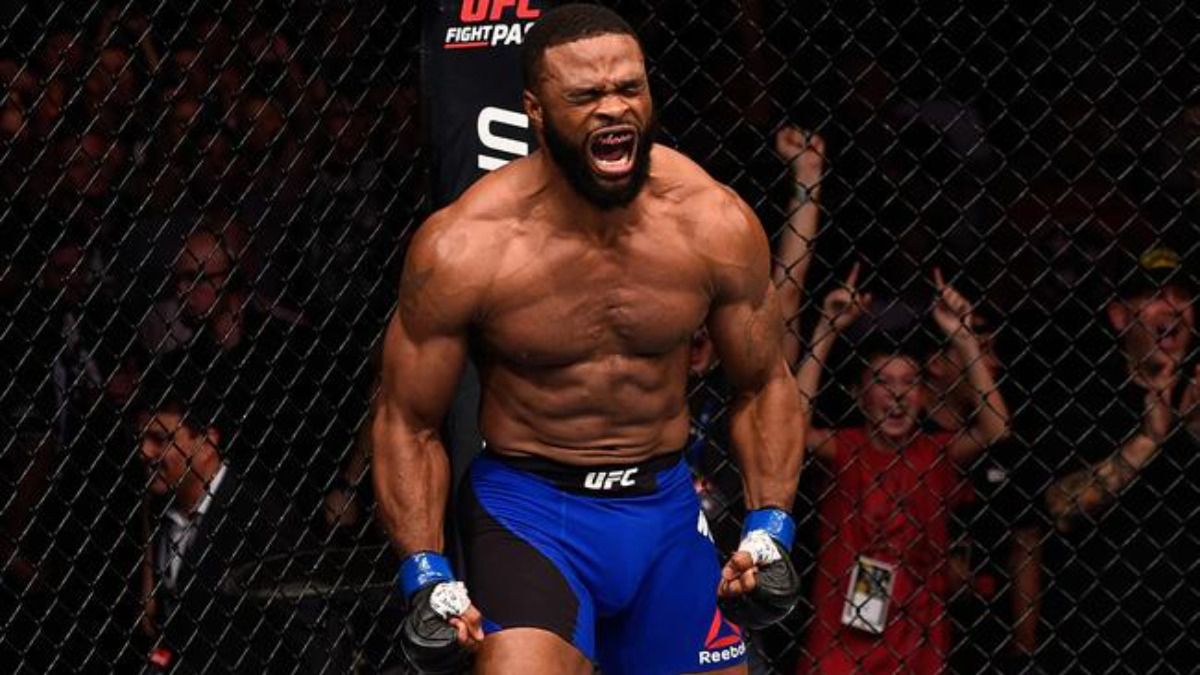