Woodley has made an unlikely crossover into the world of celebrity boxing since his release from the UFC earlier this year. Following four consecutive losses against Kamaru Usman, Gilbert Burns, Colby Covington, and Vicente Luque, “The Chosen One” found himself in search of a new venture in combat sports.

That came in the surprising form of a journey into the ring to face YouTuber-turned-boxer Jake Paul. To the disappointment of most in the MMA community, Woodley fell on the wrong side of a split decision and allowed Paul’s unbeaten boxing record to extend.

Whilst Woodley immediately and publicly called for a rematch, even appearing to get the pre-agreed tattoo forfeit, Paul moved on and was set to face a professional boxer for the first time in the form of Tommy Fury. However, “TNT” pulled out earlier this month, leaving the door open for Woodley to snatch at an unlikely rematch. The pair will now run it back in Florida this weekend.

Woodley’s second match with Paul comes despite rumors that he was set to battle fellow former UFC welterweight Hardy inside the ring. The pair have been going back and forth on social media recently, and a report last month suggested the matchup was being targeted for a UK event next March.

After Fury’s withdrawal and Woodley’s short-notice opportunity, Hardy discussed his own feud with “The Chosen One” on Submission Radio, suggesting the contract had been agreed to on his end for the March date. Even with the latest development, which has seen him surprisingly support Woodley, “The Outlaw” suggested their clash could still be made in time for 2022.

However, that seems to be a largely one-sided intention. During his own appearance on Submission Radio, Woodley confirmed that he never signed the contract. The 39-year-old admitted he only wants fights against big names that excite him, boxes he doesn’t believe a Hardy matchup checks.

“If I wanted just a little easy, walk-through fight, where I feel like just going in there and beating somebody up, maybe I entertain it. But I never signed the contract to fight him. Some people on Monday were talking to my management team about me fighting him, and I’ll listen, but I didn’t commit. At the end of the day I’m focused more on this (Jake Paul rematch). This is more exciting. More people care about this. Nobody even knows who he is (Hardy).

“I’m not against anything in 2022. But when it comes down to boxing. If this trilogy with Jake goes the way I plan it… I need something that excites me. When you see Dan Hardy’s name on a piece of paper it don’t make me like, ‘Ah I gotta do this,’ you know what I mean? Avenging a loss, or fighting somebody big, or super-fights; anything like that at my point in my life right now, that gets me out the bed, gets me training. Dan Hardy, take a ticket, take a number.”

While the claim that nobody knows who Hardy is can perhaps be disputed, the idea that Paul is a much bigger draw and will bag Woodley a much more handsome paycheck certainly isn’t up for debate. That’s especially true now that “The Problem Child” has offered Woodley a $500k bonus if he can knock him out on December 18.

The first clash between Paul and Woodley, which took place in August this year, sold around 500,000 pay-per-view buys. It’s hard to imagine Woodley vs. Hardy coming even close to that figure. With those numbers in mind, it’s easy to understand why Woodley wanted to prioritize the rematch with Paul over a grudge match against Hardy.

Would you like to see Tyron Woodley and Dan Hardy settle their differences inside the squared circle next year? 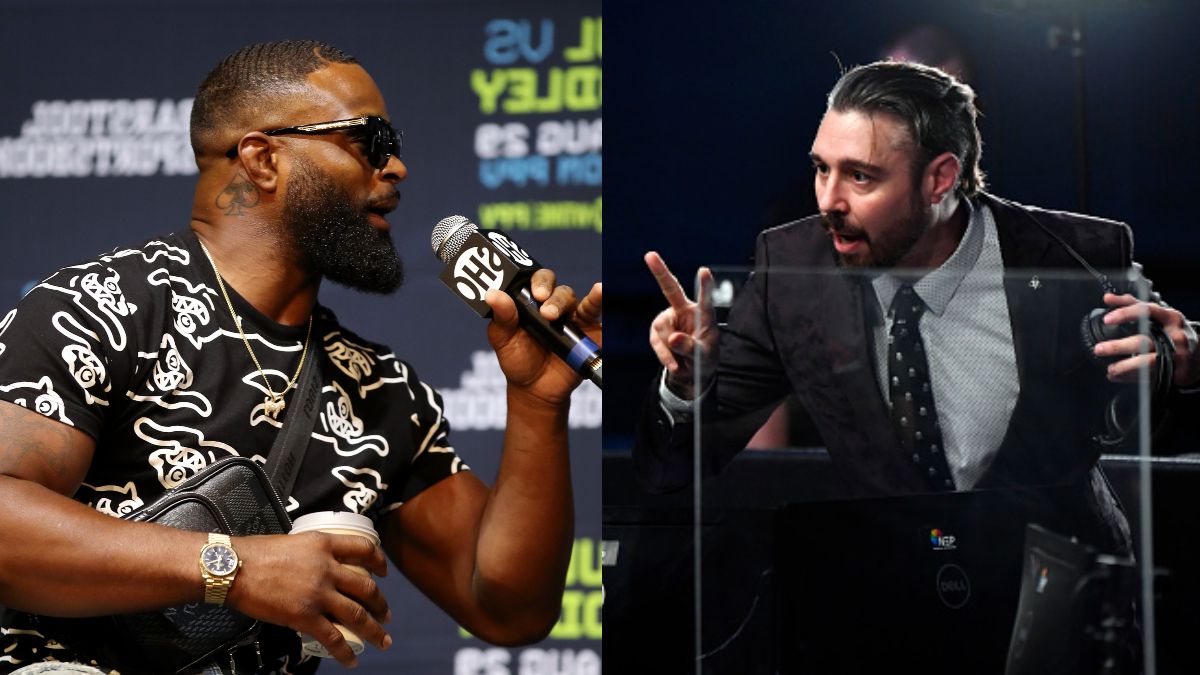