If Tyron Woodley can get revenge against Jake Paul this weekend, plans are already in place for a trilogy between the polarizing boxers.

Woodley is set to face Paul in a rematch a few months in the making and will fill in on short notice for the injured Tommy Fury. Just days before the fight, Fury announced he had pulled out of the bout due to a bacterial chest infection suffered in camp.

Woodley is planning on making the most of his opportunity in a rematch with Paul after Paul passed him up on a rematch in favor of a fight with Fury. After losing to Paul earlier this year, Woodley agreed to get the infamous “I love Jake Paul” tattoo if Paul promised to run it back.

During a recent interview with TMZ, Woodley talked about a potential trilogy in the future with Paul and his plans for the rematch this weekend.

“I felt like I won the fight, but when I go back out there and beat his ass and win this fight and win by knockout and go onto a trilogy and do it again and leave no doubt, that’s the real ‘leave no doubt’. I like how they have the headlines down,” Woodley said. “To me, there was no doubt the first time. I watched the fight last night. How do you lose [rounds] 4, 5, 6, 7, 8?

“So this is the nail in the coffin, this is just basically what I should have done the first time. The third time will be no doubt.”

Woodley had allegedly already been focusing on a potential boxing return in January against a to-be-determined opponent, although rumors of a fight with former UFC fighter Dan Hardy were rampant. He has recently teased an active 2022, featuring multiple boxing fights and a potential return to MMA.

If Woodley can get revenge against Paul in their rematch, it would set up arguably one of the most unusual trilogies in combat sports history. There’s undoubtedly a lot on the line this weekend for both boxers as they complete another chapter in their rivalry.

What is your prediction for Jake Paul vs. Tyron Woodley 2? 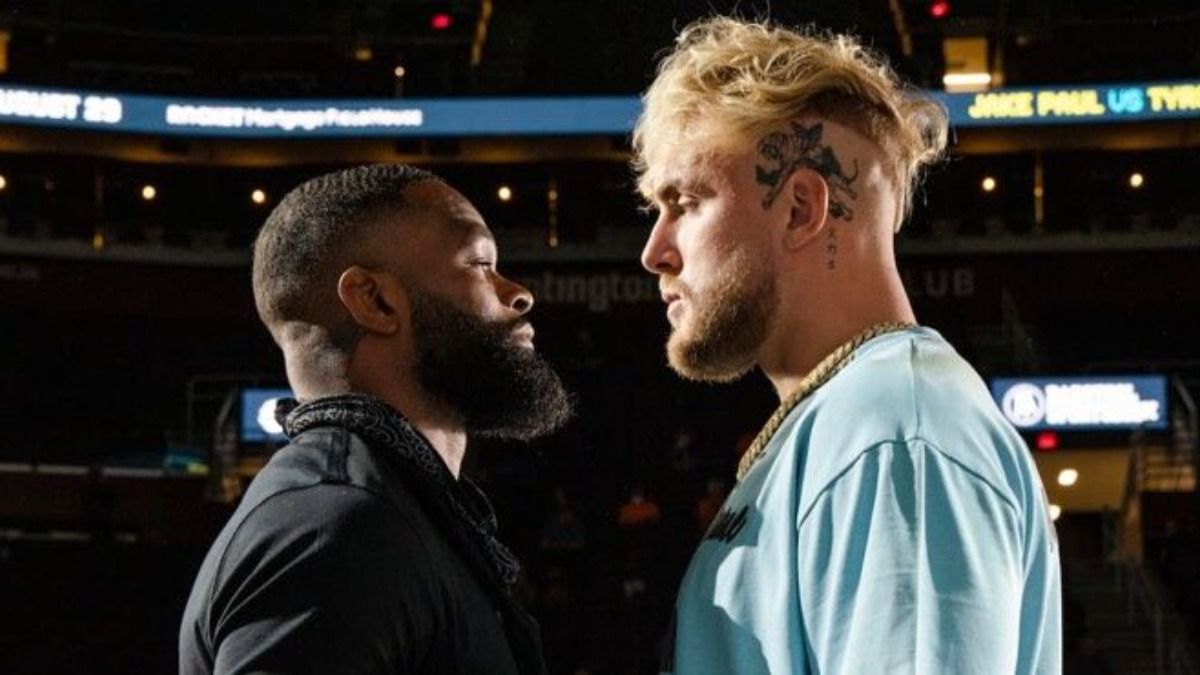