UFC 270 is just a week away, but there have been a few changes to the card.

The UFC 270 card will be the first UFC Pay-Per-View in 2022 and it is stacked. The headliner is a heavyweight title matchup between Francis Ngannou and interim champion Ciryl Gane.

The interesting circumstances between these two fighters and the fact that they used to train together have made this bout the standout on the card. The rest of the main card and prelims are filled with top talent as well. However, there have been two important changes to the event recently.

The first change is Greg Hardy is off of the UFC 270 lineup. Aleksei Oleinik was originally booked to face Hardy but had to withdraw from the bout. Hardy was then paired against Sergey Spivak. Hardy made the announcement himself on Instagram.

The other shake-up to the UFC 270 fight card is Charles Jourdain has stepped in to face Ilia Topuria after his original opponent Movsar Evloev fell ill. This news was first reported by Álvaro Gª Colmenero on Twitter. Topuria is currently undefeated as a professional and is now on a three-win streak in the UFC. Jourdain is coming off a win over Andre Ewell just a few weeks ago.

With these last-minute changes, the current UFC 270 fight card is as follows:

What is your pick for UFC 270 Fight of the Night? 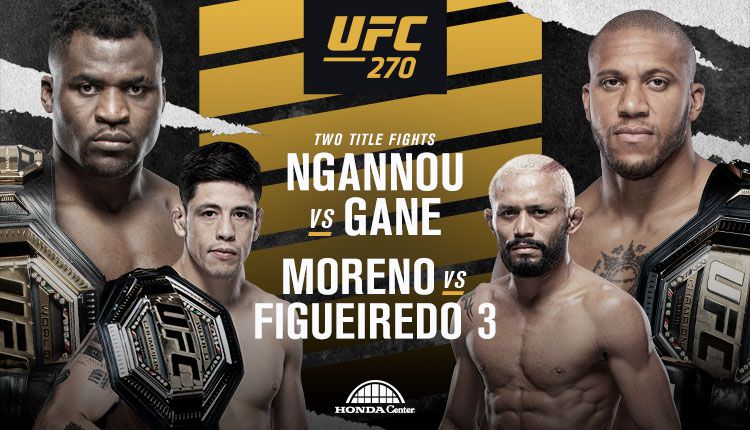