When heavyweights collide, we tend to either see big shots and brutal knockouts or, often, less-than entertaining decisions. When Tuivasa is in action, it’s almost always the former.

That was the case on the undercard of Conor McGregor and Dustin Poirier‘s trilogy fight in 2021. After rebounding from three consecutive losses with back-to-back first-round KOs against Stefan Struve and Harry Hunsucker, Tuivasa was matched up with former NFL defensive end Hardy.

After just over a minute, the fight was over, and “Bam Bam” was pouring beer into a dirty shoe. How did he get there? By knocking Hardy out.

After “Prince of War” appeared to rock the Australian, he moved in for the finish, a decision that would prove to be his downfall. With a hard left as Hardy rushed in, Tuivasa sent his opponent to the canvas and quickly forced referee Mark Smith to step in.

Despite what appeared to be a fairly clear cut and convincing finish, Hardy provided a surprising view in a recent interview with Combat Sports on Fanatics View. When discussing his latest setback, which represented his second consecutive defeat, Hardy suggested Tuivasa fought like a coward and claimed he “didn’t get rocked.”

“Afterwards he turned into a clown. First of all, he talks all the trash about walking into the middle, and we all know what happened, right. He got slapped around and decided to run back to the cage,” said Hardy. “And I made a mistake… He cowarded out of the brawl that we agreed upon and started throwing little girl haymakers, and luckily lands one… But I didn’t get punched, didn’t get rocked, or anything; just did some stupid crap.”

Unsurprisingly, it hasn’t taken long for Tuivasa to respond. While some would reply in interviews or with statements on social media, “Bam Bam” is different. From the man who brought us an image of the face of a viral self-defense trainer on the body of Daniel Cormier, we’ve now got an edited video of Hardy that mocks his recent claims.

In a recent Instagram post, Tuivasa made one thing clear: ‘downplay my victory over you and you’ll have your talking face morphed onto yourself getting knocked out by me…’

“@greghardjr KEEEEFFFFFFEEEE I’ve fucked longer then our fight, like once! Go crawl back in your corner boy you all (cap)”

With his ’90s pop walkouts, his constant shoeys and newly-created shoeyvasa, and social media presence, Tuivasa really is the gift that just keeps on giving.

What do you make of Greg Hardy’s remarks about his loss to Tai Tuivasa at UFC 264? 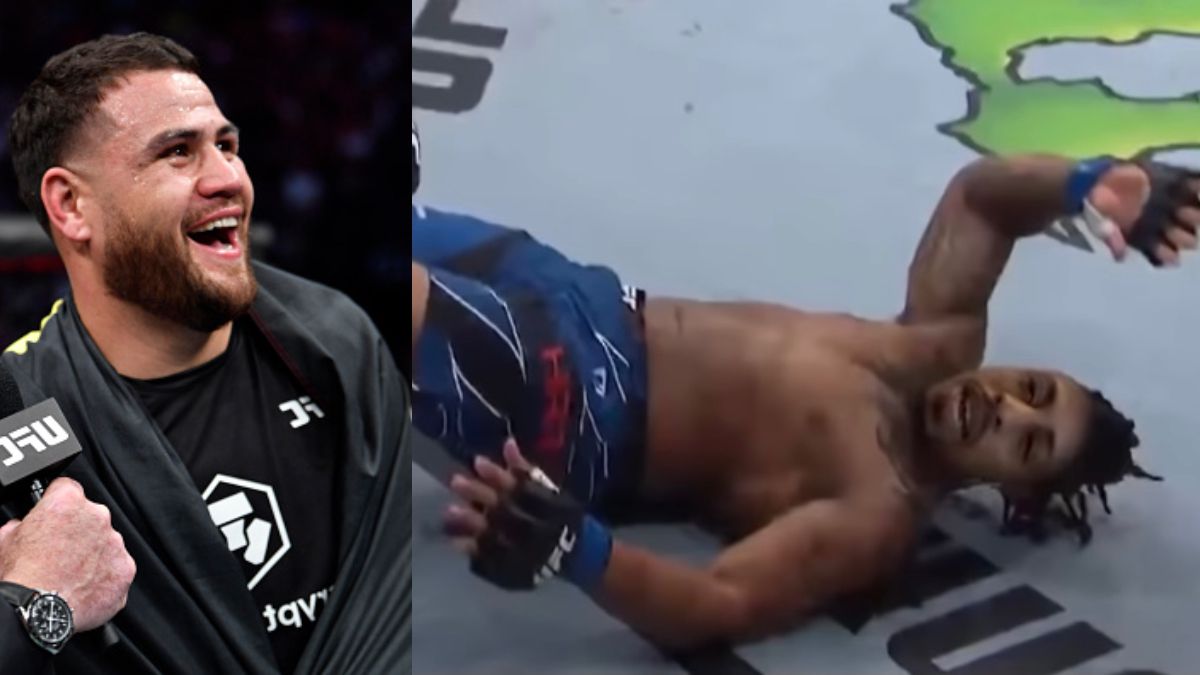