Tuivasa Explains How He’s Making The Shoey Accessible To Grandmas
published on January 17, 2022
curated and posted by BRWLRZ Team

UFC heavyweight contender Tai Tuivasa has become famed for his post-fight shoeys, and he’s now hoping to spread the beer-drinking practice to all walks of society.

Not many fighters are as universally loved among all corners of the UFC fanbase as Tuivasa. According to Sean O’Malley, “Bam Bam” is, in fact, the only one to boast such popularity.

The Australian powerhouse combines a unique spectrum of characteristics we all love: knockout power, charisma, fun, alcohol, and ’90s pop music walkouts (depending on if you’re an Aqua fan).

While he’s able to deliver laughter before he enters the cage, when the Octagon door shuts, Tuivasa is as dangerous and hard-hitting as they come, something he’s put on full display in his recent outings.

Since losing three-in-a-row between 2018 and 2019, “Bam Bam” has been on a tear. On his way to #11 in the rankings, he’s left the dazed and unconscious frames of Stefan Struve, Harry Hunsucker, Greg Hardy, and Augusto Sakai in his wake.

The one constant after each victory? A shoey.

Tuivasa Wants Everyone To Embrace The Shoey

Having seen the crowd embrace his post-fight traditions with shoeys of their own inside the arenas, and in one case at UFC 269, a full-on beer shower (what were you thinking, sir?), Tuivasa is now looking to spread the dirty beer-filled tradition throughout the community. And by “throughout,” we mean throughout…

Having sobered up from the copious amount of shoeys he chugged on his way from the Octagon to the back inside the T-Mobile Arena last month, Tuivasa has put his business hat on to create a device capable of providing the shoey experience to all. Its name? The Shoeyvasa.

Having debuted the hilarious drinking tool on his Instagram, Tuivasa discussed the creation during a recent appearance on Ariel Helwani’s The MMA Hour. The ambition, according to the Australian, was to provide a shoey utensil for everyone, including the grandmas and the aunties of the world.

“That’s the Shoeyvasa. It’s a little drinking device I’ve come up with. It’ll be on sale soon. The thing is, right, a lot of people don’t wanna do shoeys out of dirty shoes. There’s a bit of a barrier there. I wanted to make the shoes available for everyone, grandmas, moms, aunties, you know what I mean? You just put your beer can or your beer bong in the end, then you’ve got the funnel, and it’s like a beer bong. You just crack away. It’s not available yet, but follow my Shoeyvasa page and it’ll be there soon,” said Tuivasa.

Conor McGregor has his whiskey, Dustin Poirier has his hot sauce, Tuivasa has a shoey-replica drinking device… 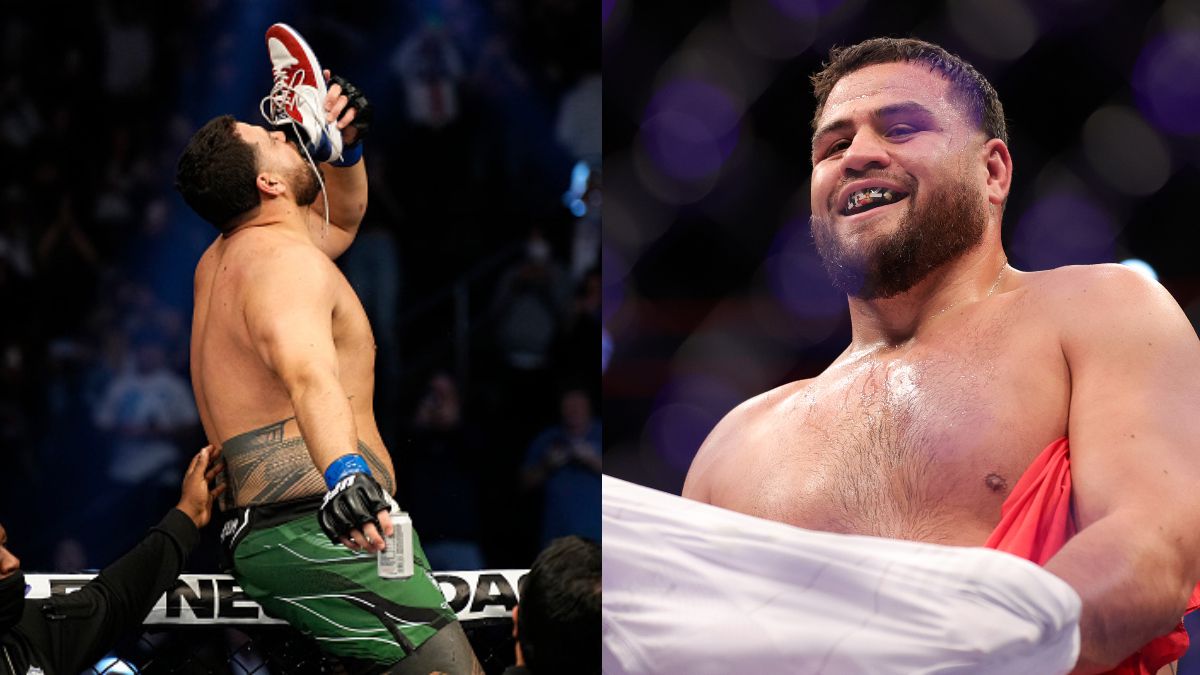