Tony Ferguson Mocks Charles Oliveira For Not Being Able To Finish Him
published on December 22, 2021
curated and posted by BRWLRZ Team

Tony Ferguson is looking to run things back with champion Charles Oliveira.

Fresh off his UFC 269 win over Dustin Poirier, Oliveira was bound to get some call-outs from the rest of the lightweight division. With a successful title defense under his belt, Oliveira’s status as the champ is more solid than ever.

Oliveira has been called out by the likes of Justin Gaethje and Conor McGregor, but one callout that may be surprising is that from Tony Ferguson. Ferguson had a reminder for the new champion after his UFC 269 submission victory.

Ferguson isn’t exactly the most logical next choice for Oliveira. Ferguson is currently on a three-fight losing streak. He has dropped down to number seven in the official UFC lightweight rankings. His last win was against Donald Cerrone back in June of 2019.

Oliveira defeated Ferguson at UFC 256 right before he went on to win the lightweight title. If Ferguson had won that bout, he could be the one holding the belt right now. Oliveira won by unanimous decision and that is the basis that Ferguson is running on when he claims Oliveira was unable to finish him.

Even though Ferguson probably won’t see Oliveira again anytime soon, it is a bit of a relief for Ferguson fans to see that he wants back in the Octagon. His last fight was in May, and he has been unclear of what his future plans were. He later sent out a tweet that could be an indicator of an incoming fight announcement.

This message from Ferguson is a bit cryptic like most of his tweets, but he does have a trophy and number one medal in there, maybe insinuating a title shot. If he can string together a couple of wins over top-ranked opponents, then perhaps he will find his way to the lightweight title and a fight with Oliveira.

Do you want to see Charles Oliveira and Tony Ferguson run it back? 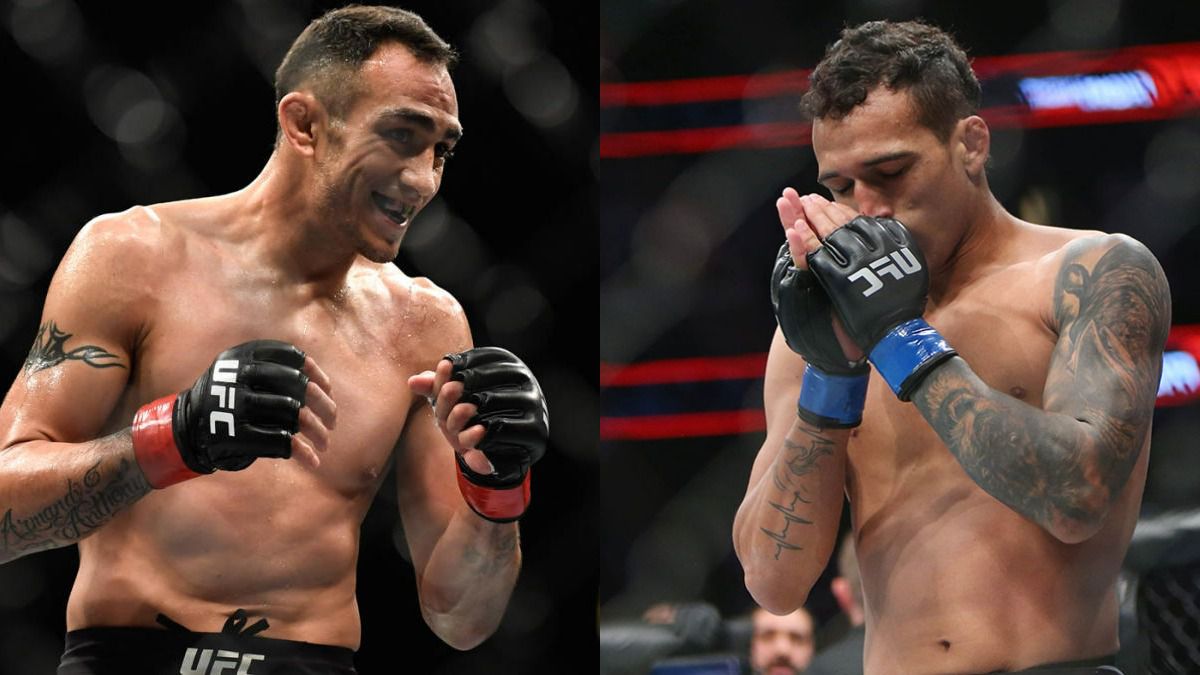