Tommy Fury is aware of Jake Paul‘s final offer and he’s having a good laugh about it.

Fury and Paul have taken verbal jabs at one another for the past few months. Fury has insisted that Paul isn’t a real fighter. Paul has tried to make things personal by claiming that Fury’s girlfriend slid in his DMs.

Paul has claimed that Fury turned down two fight offers. He hopped on Twitter with one final offer for Fury, using Dillon Danis as a cautionary tale.

Fury has admitted that he did turn down two offers because he felt they were a joke. As far as Paul’s latest video is concerned, Fury said the following (h/t BoxingScene.com).

“To everybody out there, $1 million for a fight of this magnitude is not even worth getting out of bed for. This fight is going to gross millions and millions of pounds. I cannot walk down the street without anybody asking me when are you fighting Jake Paul, so until you want to make a serious offer and put it on the table, we can’t think about fighting, pal.”

Fury was featured on the same card that was headlined by Paul vs. Tyron Woodley. Fury took on Anthony Taylor and won the fight via unanimous decision. Many believed that Fury’s performance was lackluster. Tommy Fury, himself, admitted that he didn’t have the strongest showing.

Paul isn’t short on options as far as his next opponent is concerned. He could go with Woodley, who is prepared to get an “I Love Jake Paul” tattoo just to get a rematch. Jorge Masvidal has been calling for a fight, although it’s unlikely due to his UFC contract.

Fury and Paul appear to be on a collision course. The only question at this point is, can a deal be made? 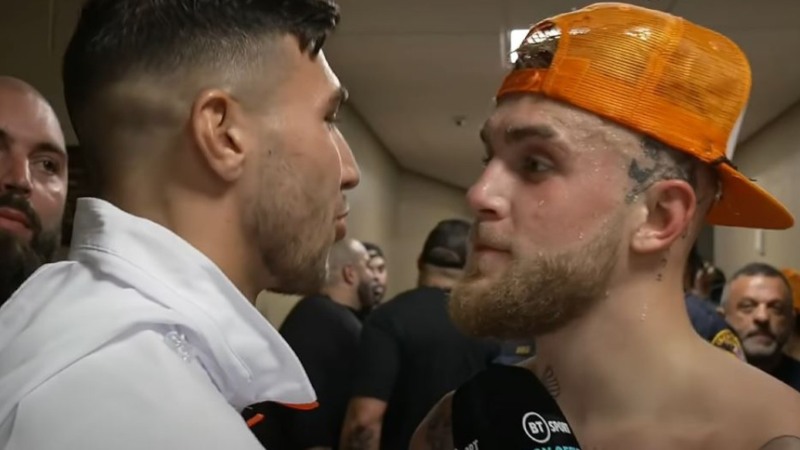