Thompson Convinced Chimaev Is The Real Deal But Not Ready For Title Shot
published on November 9, 2021
curated and posted by BRWLRZ Team

Stephen Thompson disagrees with people thinking Khamzat Chimaev should be fighting for UFC gold next time out.

After Chimaev dominated Li Jingliang at UFC 267 to earn a first-round submission win. With another dominant victory under his belt, the Swede is now ranked 10th in the division and is 4-0 inside the Octagon. With that, many have called for him to fight for the title next time out, but Thompson, a perennial contender in the division disagrees.

Although Stephen Thompson doesn’t think Khamzat Chimaev deserves the next title shot, he knows the division has to watch out for him. “Wonderboy” believes Chimaev put the entire welterweight division on notice.

“Whatever’s happened to him, man, he’s healed up. God, he looked great this past weekend, Khamzat. Smashed him. That’s what he does: He smashed. Took him down—and it was pretty crazy how he picked him up,” Thompson said. “I don’t know if he was talking to Dana. People say he was talking to Dana—picked him up, took him there to Dana, and then slammed him right in front of him. But it was impressive for sure. Anybody in the top 10 has gotta watch out for this guy because he’s like the Khabib in the welterweight division, for sure.”

Whether or not Chimaev will get a title shot next is uncertain. Dana White did recently say he likes the idea of Nate Diaz vs. Chimaev, so as Thompson says, it does seem like the Swede’s next fight won’t be for the belt as some suggest.

Do you think Khamzat Chimaev deserves the next title shot? 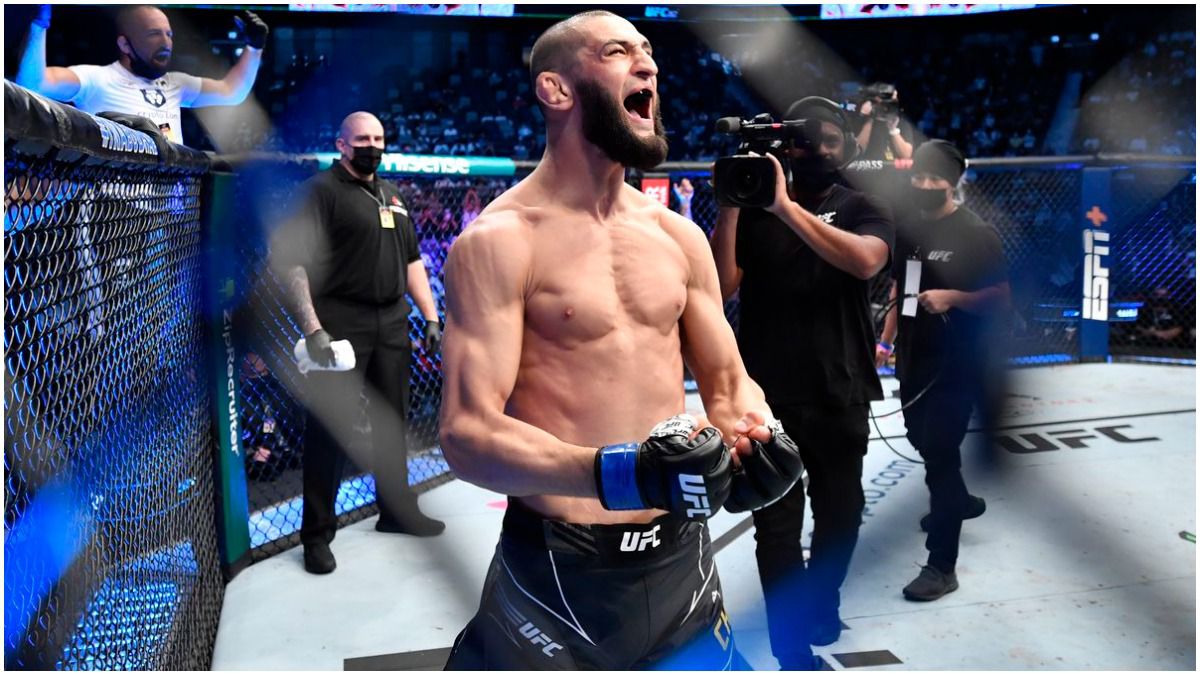