The Pulse of MMA: Fans Weigh In On Ketlen Vieira vs. Miesha Tate
published on November 19, 2021
curated and posted by BRWLRZ Team

In this installment of The Pulse of MMA, we look at the raw, unfiltered reactions from MMA fans to UFC Vegas 43’s main event between Miesha Tate and Ketlen Viera.

I think it’s reversed actually, odds artificially swung towards Vieira’s favor since Tate’s only just come back after being away for so many years — other than the close win against Zingano, Vieira hasn’t won against anyone nearly as good as Tate.

Vieira’s cardio is gross. Tate should be live to finish or take over after the first 10 minutes.

Ketlen Vieira missed weight last time out & appeared lethargic in the late minutes of a low volume, grappling heavy fight vs Yana Kunitskaya. Vieira faces Meisha Tate, who is coming off of a wrestling heavy win over 44 year-old Marion Reneau in her retirement fight. #UFCVegas43

My model can’t find Aori for some reason.

Idk man, I feel like Vieira gets it done. 5 years younger than Tate, black belt in BJJ and Judo. Hard to say how good Tate still is when her return opponent was in her mid 40’s and on a 4 fight losing streak

Brady/Chiesa and Tate/Vieira are both really close fights, I think it’s nearly impossible to be confident in a winner in those fights. I also think about 90% of both of those fights will take place in the clinch/grappling/cage push

Any top 5 strawweight fight could easily be a main event worth looking forward to.

That’ll do it for today’s installment of The Pulse of MMA. You can find the full lineup for tomorrow night’s UFC Vegas 43 card below! 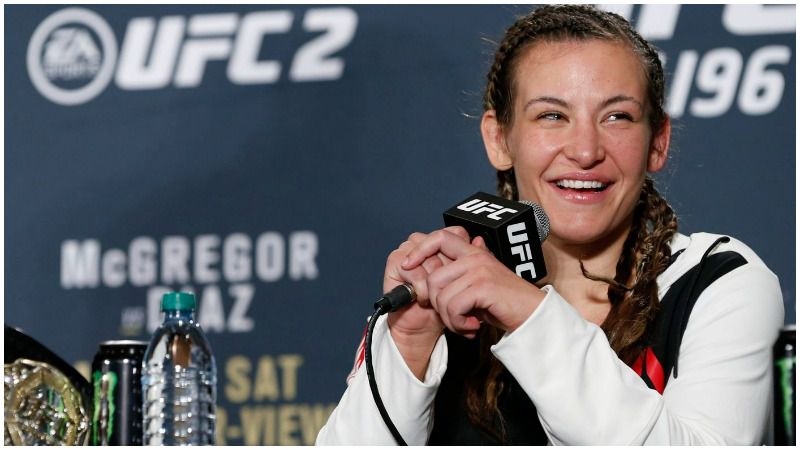