The Pulse of MMA: Fans React To White Going MIA After Ngannou Win
published on January 24, 2022
curated and posted by BRWLRZ Team

In this installment of The Pulse of MMA, we dive into the raw, unfiltered reactions of MMA fans after Dana White bounced after Francis Ngannou retained the UFC heavyweight championship over Ciryl Gane at UFC 270.

All things considered, Dana White kept a pretty solid poker face heading into UFC 270 if his post-fight reaction is any indication of how he felt about the prospect of Francis Ngannou retaining the heavyweight title.

By now, it’s no secret that Ngannou and the UFC are in the middle of very tense, if not historic contract negotiations that could potentially see a sitting champion exit the promotion with the title if a new deal is not met.

Nonetheless, White downplayed any drama during in the days leading up to the fight and seemed to be an impartial yet passionate promoter when discussing the magnitude of the Ngannou vs. Gane clash.

Yet, after Ngannou was declared the victor via unanimous decision, White was conspicuous in his absence both in wrapping the title around Ngannou’s waist and also at the post-fight press conference. Just how conspicuous was his absence? Well, let’s allow The Pulse of MMA to fill you in on that…

He did the same shit when Woodley beat Till.

If Francis Ngannou had pulled out due his knee injury, Dana White would have pushed for the UFC to strip him of the belt and Ngannou knew it. #UFC270

Dana White is so petty man. How can he not give Ngannou his title?

Dana white left the building as soon as Ngannou was announced winner 🤣🤣🤣 didn’t put the belt on him, didn’t even turn up to do his own press conference

Not so long ago, Dana White appeared on a show where he was asked about Ariel Helwani and Dana called him a “pussy”. Dana refused to put the belt on Ngannou tonight and then avoided media. Is there a bigger pussy than Dana White? #UFC270

Now we’re probably gonna get a tweet in a few months from Brett Okamoto: “Per Dana White, Ngannou has relinquished the belt to pursue something else, Ciryl Gane will fight Curtis Blaydes for the vacant heavyweight belt” 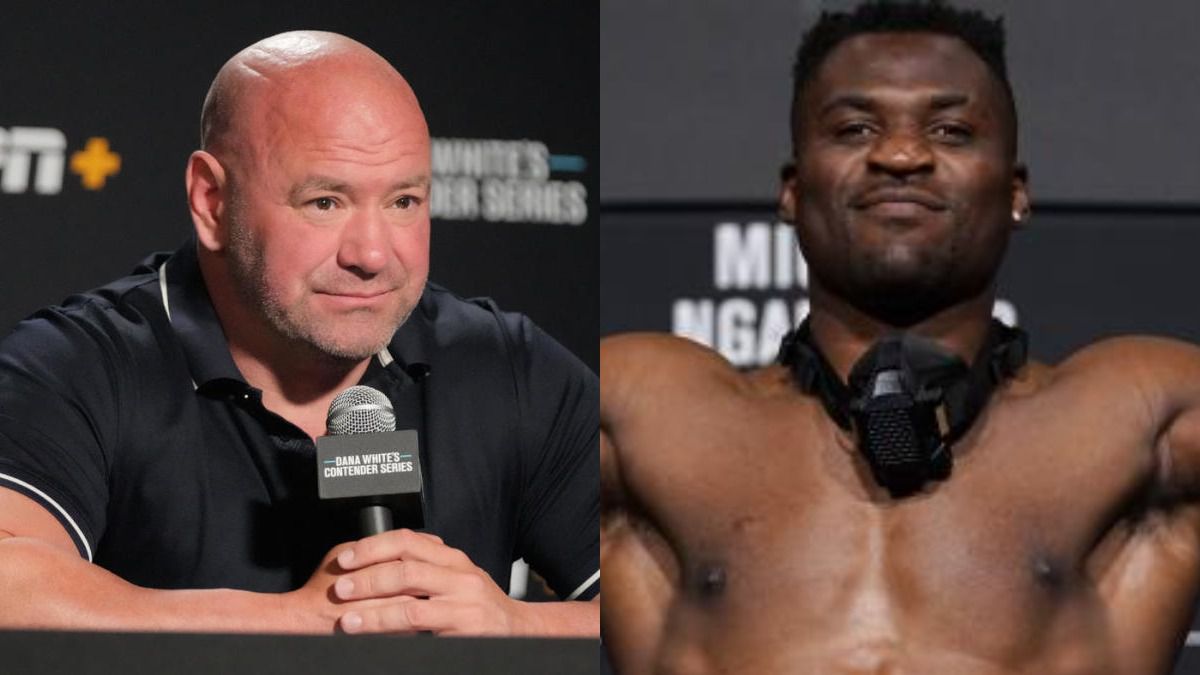