The Pulse of MMA: Fans React To Masvidal/Edwards & Other Fight News
published on October 13, 2021
curated and posted by BRWLRZ Team

The Pulse of MMA: Fans’ Raw Reactions To The Sport’s Biggest Stories

Finally, after two years, a three-piece, and a soda, MMA fans will finally get to see a grudge match between Jorge Masvidal and Leon Edwards. After the news was announced, here’s how the MMA community reacted to the news:

the UFC needs to play this storyline up, get a popeyes sponsorship for this fight pic.twitter.com/nQADrrxhKW

If Leon keeps it smart and clinical and doesn’t get engage in a brawl this has 30-27 Edwards written all over it. But Jorge can apply pressure and can hit hard which may be the downfall of Leon. The beef and dislike for eachother is real as well, makes it all the more interesting

Masvidal has to win. His star power is finished if he gets finished. A close decision loss?? Still got some steam. Leon finishes Jorge?? I’m not taking another fight until it’s for the title. Colby and Usman could go to 3 fights and I’m still waiting if I’m Edwards https://t.co/tPzk85KwJK

Leon shouldn’t take that IMO. He took that against Nate & it blatantly favoured Nate. Leon’s technical style requires perfect concentration at all times. He kept that until the last minute of the 5th, lost it for a moment, and Nate nearly finished him. Stick to 3 unless 4 a belt

The end of Masvidal as we know it. Been a great ride.

Finally Leon’s chance to get revenge.Never thought I would go against Jorge but he ain’t the same guy I followed and supported for years before it’s was a trend.Problem is that guy ain’t the Jorge we have now so am outta here.

Am I confident enough that Leon Edwards can beat Jorge Masvidal? Absolutely. Is it still a dangerous fight cause he’s risking his streak for a dude that got slept violently? ABSOLUTELY. Leon better bring his AAA game for this one or we might see Usman vs. Masvidal III.

Cant wait for this one. Leon gonna be a demon in this fight. Im picking him as much ss i love masvidal.. just think his stand just a bit crisper.. also he wants to prove so much to masvidal and everyone on how good he is . Gonna be a great fight

Feel really bad for Edwards. Normally, he could just wait for his title shot but he’s now thrown into another fight that could potentially derail his chances. Still, I think he beats Jorge unless he gets caught like in the Diaz fight.

If Leon Edwards beats Jorge Masvidal, he will have defeated the only two fighters to have ever fought for or held the BMF belt so you kinda gotta hand over that belt if he does. I don’t make the rules. pic.twitter.com/0YO8aW4nk3

Luke Rockhold Injures Back, Out Of Sean Strickland Fight

Unfortunately, as one major fight got made, another collapsed after Luke Rockhold was forced to withdraw from his UFC 268 bout against Sean Strickland. Strickland himself has already reacted to the news, but here’s how The Pulse of MMA reacted:

And so it begins, the gradual collapse of these stacked upcoming UFC cards…

Translation. “Luke Rockhold was knocked out during a pillow fight during a sleep over, and he can no longer fight due to a concussion”. https://t.co/UFtiDynfjV

Luke needs to retire. Hasn’t been the same since the Bisping KO in 16’.

Geoff Neal vs. Santiago Ponzinibbio Set For UFC 269 On Dec. 11

Getting back to some good news, another welterweight bout was added to UFC 269, with Geoff Neal taking on Santiago Ponzinibbio. Here were the fresh comments from MMA Twitter after this news was announced:

Poor Neal. Love him, but damn he is just going against some absolute WW powerhouses. Ponzi Dec.

It’ll be hard to do so keep adding bangers, Dana!

People are finally fighting at welterweight

Oh boy this is gonna be a banger! Big violence potential. In caposa’s words: this is for the inagural welter weight violence title. 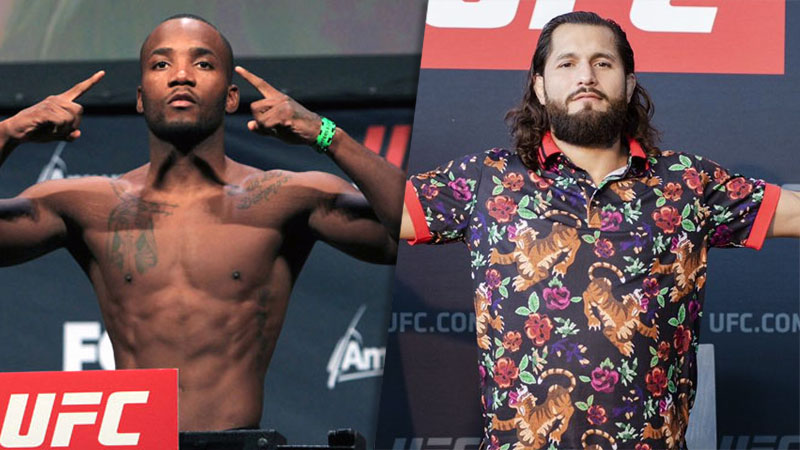