The Pulse of MMA: Fans React To Ketlen Vieira/Miesha Tate Outcome
published on November 22, 2021
curated and posted by BRWLRZ Team

In this installment of The Pulse of MMA, we look at the raw, unfiltered reactions from MMA fans to the result of UFC Vegas 43’s main event between Miesha Tate and Ketlen Vieira.

At UFC Vegas 43, Ketlen Vieira defeated Miesha Tate in a back-and-forth main event. The fight was highly competitive, with Vieira pulling away in the fifth and final round to earn the unanimous decision. You can check out the official scorecards from the bout below:

All three judges gave Vieira the fifth round. What may come as a surprise is that they all gave her the first two rounds as well, even though the scorecards at home seemed to be a bit more scattered heading into the third.

Fighters gave their reaction following the bout, but what about the Pulse of MMA? Here are some of the raw, unfiltered reactions from MMA fans to the UFC Vegas 43 main event’s outcome.

I’m with you man. I think judging has too much opinion and should lean on the numbers more. I mean look at the 30-27 call earlier in the night…wtf?

49-46 Ketlen, not anywhere near as close as Twitter is claiming lol

That’s the point of fighting, use your advantages. Tate couldn’t figure out how to negate the reach?

Vieira did nothing to be aggressive…what the hell happened to Tate’s face?

Vieira won but doesn’t have that killer instinct imo

Viera needs to start listening to her corner. Even with a win if she had push this fight by using her length and power this could easily been a TKO. Respect for Miesha, she showed her knowledge of the game and kept a close fight. #MMA #UFCVegas43

Missed this fight but Tate is 35 and in a sport(women’s MMA) that has evolved so rapidly in the past 5-6 years. She was a pioneer of women’s MMA but she needs to stay retired. The fans will always respect her 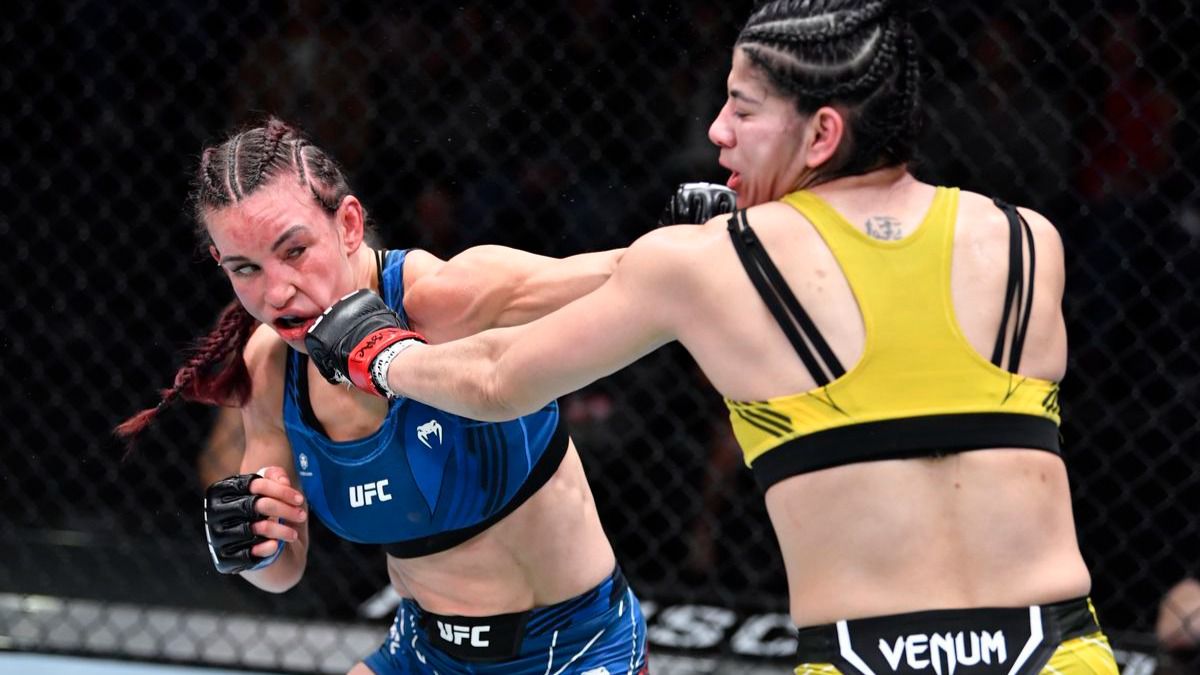