The Pulse of MMA: Fans Hijack The UFC’s Best Submissions Of 2021 List
published on December 27, 2021
curated and posted by BRWLRZ Team

In this installment of The Pulse of MMA, we look at the raw, unfiltered reactions from MMA fans to the UFC‘s nominations for Best Submission of 2021.

It’s the last week of 2021, which means it’s time to start looking back at the biggest and best moments of the year. Right now, that means taking a peek at the UFC’s nominations for the best submission of the year.

You can expect everyone and their grandpappy to break out their year-end lists over the next few days. But naturally, the UFC’s lists stand apart from the rest given that, well, it’s their promotion.

So on behalf of the UFC, we at MMA News present to you their nominations for best submission of 2021! After a brief recap of each submission, you can find the video showcasing all the action followed by the Pulse of MMA letting their collective voice be heard on their thoughts on the nominations list. And as you will find out, public opinion was, in large part, not in accord with the UFC’s thinking.

During what was an action-packed first round, Tyron Woodley brought the fight to Vicente Luque. No longer gun-shy and tentative, Woodley took a more proactive approach. Though he had some success in the beginning, eventually, Luque got the better of the stand-up exchanges, culminating with a barrage of strikes that had “The Chosen One” on wobbly legs before ultimately being dropped by a looping left hook by the Brazilian, which led to the D’Arce.

Brandon Moreno came into UFC 263 as an underdog, but he exited as a champion. Heading into the third round, Moreno was up on two out of the three scorecards, with the third judge having it one round apiece. The judges would be taken out of the equation when he secured the rear-naked choke after peppering Figueiredo with a couple of left hands while applying a full body lock.

Coming into the fight, it was well known what was Glover Teixeira’s path to victory when he challenged Jan Blachowicz for the light heavyweight championship at UFC 267. The second-degree Brazilian jiu-jitsu black belt would be well served to get the fight to the mat and do what he had done in three of his previous five fights: get the submission. And that’s exactly what happened.

After getting the takedown in the second frame, Teixeira effortlessly passed Blachowicz’s guard into mount, prompting the Pole to give up his back, which is the last thing you want to do against Teixeira. Within seconds, the 42-year-old had secured the light heavyweight prize as well as his place in UFC history.

You can check out each of the above submissions for yourself in the video below!

Finally, here is what the Pulse of MMA had to say about the UFC’s nominations list:

This List Is Lowkey All Basic Submissions. Remember When Submission Of The Year Used To Be Submissions We Rarely Get or Seen Before? My Vote Be Something Like Jordan Leavitt’s Submission Of Sayles.

Jon Jones when he submitted the cop car

Muniz submitting Jacare is definitely sub of the year

Where the fuck are DoBronx and Juliana? Come on guys

Muniz vs. Jacare?
Hernandez vs. Viera?

Honestly I think it’s Fuffy Hernandez, him getting Vieira was crazy

What do YOU think was the best submission of 2021? 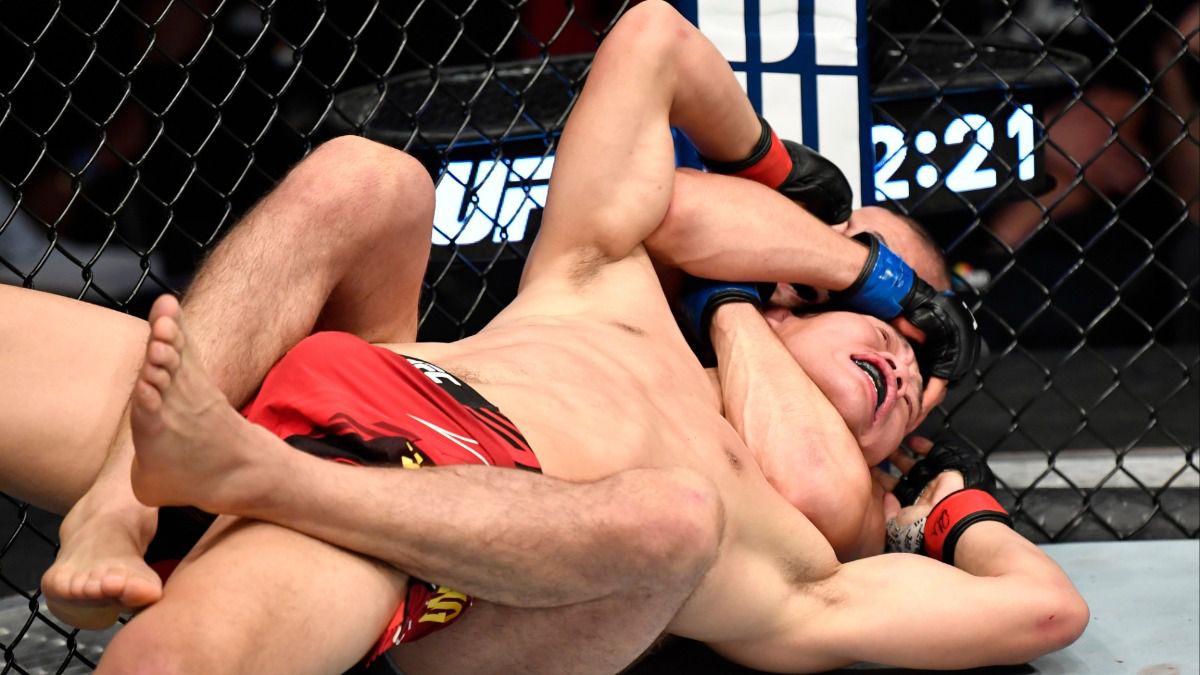