Teddy Atlas: O’Malley Has All The Makings Of A Star
published on December 29, 2021
curated and posted by BRWLRZ Team

Boxing royalty Teddy Atlas believes rising UFC bantamweight Sean O’Malley has all the makings of a star in combat sports.

O’Malley has quickly grown into one of the most recognized and talked about names in the world’s premier MMA organization. That’s down to his unique combination of charisma, eccentric appearance, and clear talent once the cage door closes behind him.

Since a defeat to Marlon Vera briefly stalled his surge up the bantamweight ladder, O’Malley has been back to his best. In three 2021 appearances, “Sugar” secured a trio of finishes and a $50,000 bonus to make each one that bit sweeter. After triumphs over Thomas Almeida and Kris Moutinho, O’Malley made his biggest impact at the final pay-per-view of the year.

In the main card opener, the Montana native faced the toughest test since his setback against “Chito,” the formerly-ranked Raulian Paiva. Inside the opening round, O’Malley recorded another highlight-reel knockout and had the crowd inside Las Vegas’ T-Mobile Arena on their feet.

With his latest Octagon success, O’Malley entered the top 15 at 135 pounds. Now sitting at #12, “The Suga Show” is well and truly on its way in the UFC, something that doesn’t surprise one of the most experienced men in combat sports.

In an interview with The Schmo, Atlas, a renowned boxing trainer, spoke about O’Malley’s rise in the UFC. According to him, the 27-year-old has all the traits and characteristics of a future star.

“He’s got all the makings of a star. Obviously the look, the ‘it’ factor when he gets into the ring; he lights it up. He’s charismatic, he’s smart… He’s got that ‘it’ factor. But he can fight, too… With all that stuff going on, O’Malley can fight.

“We wanna see him tested, of course. But there are special privileges out there, let’s be real. When a guy can bring money in, when a guy can be Conor McGregor, or potentially Conor McGregor, they get a little special privileges, where they can fight, maybe, a little bit of a lighter competition as they’re allowed the build. I think he’s (O’Malley) probably fallen under that category. They wanna use him a little bit, I think, to help the brand again, you know, build UFC like any other brand, like the NFL. Why do they go to Europe? To build the brand.”

O’Malley has often been compared to MMA’s biggest superstar Conor McGregor. After becoming a two-division champion in the UFC, the Irishman ventured to the squared circle to take on the undefeated Floyd Mayweather in the sport’s biggest ‘money’ fight.

While some distance away from that level of superstardom and success in MMA, some have suggested O’Malley could be a potential crossover sensation in the future. Th comes at a time when the likes of Tyron Woodley, Vitor Belfort, and Anderson Silva have all laced the gloves in recent months.

UFC Welterweight Champion Kamaru Usman has even called for a clash with Canelo Alvarez, a bout that would mark the first boxing P4P vs. UFC P4P contest. While Atlas acknowledged Usman’s improving striking and immense physicality, he believes a fast and slick fighter on the feet like O’Malley would fare better in-between the ropes.

“Just because he’s (Usman) a strong guy, you gotta be honest, he couldn’t just come in, you know, because he doesn’t have one area where you can say he’s real cute, he’s real elusive. You know who’d have a better shot? In putting him in boxing in a more open way or a more across-the-board way, that he could have some success? O’Malley. Because he’s a bit more like a cutie, you know, where he can be slick. You could put him in with a guy who’s maybe a little slow-footed, a guy that’s not really busy.”

Despite having aspirations of grandeur in the UFC, O’Malley has discussed a potential future in the ring. He even recently called out former multi-weight world champion Gervonta Davis. Although Atlas sees that callout as perhaps a little extreme, he does believe “Sugar” can find success in boxing.

“Listen, Davis isn’t necessarily a seek and destroy guy. He likes to counterpunch, he’s a real smart guy, and everything. But you’re (O’Malley) calling out a guy who’s very dangerous. You make one mistake with him, in a new place, that’s obviously a new realm for him, you make one mistake and you’re not surviving. So that’s a tough callout.

“But O’Malley, again, could probably pick more guys, because there’s versatility that he could do well in boxing, than you could with Usman. There’s not one area where you could say Usman was real slick, or he’s got a great jab, or he can fight not he inside, so it’d be more problematic finding a guy, even though Usman has incredible physical abilities.”

O’Malley’s boxing credentials could be further tested in his next appearance. The rising contender has called out fellow surging striker Adrian Yanez, whilst also leaving the door open to a clash with Rob Font, a contender well known for his jab.

Whoever O’Malley faces next and in the future, it stands to reason that if he keeps winning, we’ll be seeing him test the waters of the sweet science before his career is out.

Do you agree with Teddy Atlas? Would Sean O’Malley find more success in the ring than Kamaru Usman? 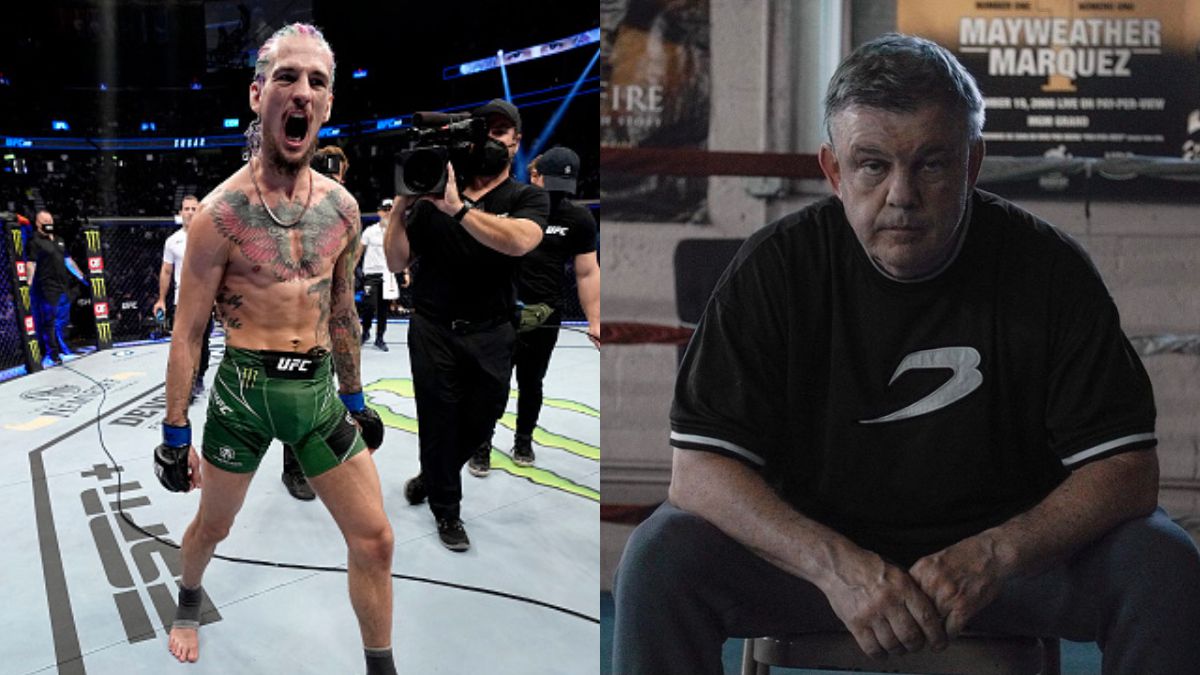