Tate Moves To Flyweight vs. Murphy In Targeted UFC 273 Bout
published on January 10, 2022
curated and posted by BRWLRZ Team

Miesha Tate could drop down a division for her next fight, as she is being set up to face Lauren Murphy at UFC 273.

Reports surfaced Monday that Tate and Murphy could meet at UFC’s April 9th pay-per-view event. The fight has reportedly been verbally agreed upon by both parties, but contracts have not been signed yet. News of the fight was first reported by Damon Martin of MMA Fighting.

The potential fight gives Tate, a former champ at bantamweight, a chance to make her debut down a weight class.

Tate came out of retirement last year, competing for the first time in nearly five years. She won in her return, defeating Marion Reneau in the third round of a July bout. Tate was later booked in a main event bout against Ketlen Vieira. She did not succeed in that appearance, losing via unanimous decision after 25 minutes of action.

All of Tate’s major fights as a pro have come at bantamweight. She was the 135-pound champ in 2016, securing a fifth-round submission win over Holly Holm to take the belt. She dropped the title later that year, as she was submitted by Amanda Nunes at UFC 200. Nunes went on to hold the belt for numerous years before recently dropping it to Julianna Peña.

The booking offers Murphy the opportunity to bounce back from a high-profile loss.

Murphy challenged UFC Flyweight Champion Valentina Shevchenko in September, a fight that resulted in a fourth-round finish victory for the champ. The title fight was given to Murphy after a strong climb up the flyweight division, attaining five consecutive wins from 2019 to 2021.

Coincidentally, Murphy is a former bantamweight who made the drop down a weight class after she fought her fourth UFC bout in 2016. She has remained at flyweight since 2017. 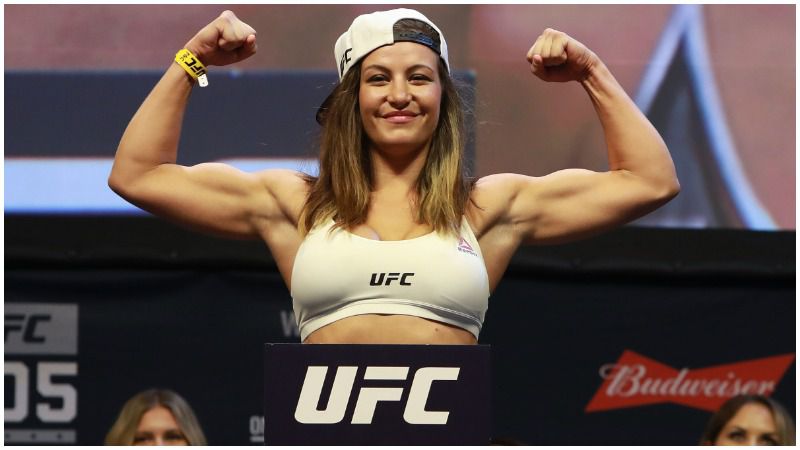