If being a living meme is something special, then UFC heavyweight Tanner Boser is one of the best examples.

Boser is a bright prospect in the UFC’s heavyweight division who has gone 4-3 in the promotion since signing in 2019. He has faced off against some steep competition, such as former heavyweight champion Andrei Arlovski and former interim light heavyweight title challenger Ovince Saint Preux.

However, as it turns out, Boser was actually once part of a meme that UFC fans would share in online forums, mocking the people who would pretend to be fighters, in typical MMA meme fashion. This was something that Boser shed light on recently, posting the original meme to his Twitter and telling the story of how it all came about.

Someone then found this picture a few years later in the UFC Fan Expo picture archives or some shit and made it into a meme. I get why, but I wonder where the creator of this meme is. Own up to it coward! What have you done?

“This meme has been floating around MMA pages for years. I’m the guy on the left,” Boser wrote. “We were like 19 years old in line at a UFC fan expo to get some UFC gloves signed by Wanderlei and Thiago Alves. The photographer was going down the line and taking pictures and told us to put on the gloves and ‘look tough’.

“Someone then found this picture a few years later in the UFC Fan Expo picture archives or some shit and made it into a meme,” Boser added. “I get why, but I wonder where the creator of this meme is. Own up to it coward! What have you done?”

Tanner Boser does a great job of summarizing the incredible nature of this, in that he appeared in this meme alongside his brother in the middle and friend on the far right.

The whole point of the meme is to mock people who pretend to fight but don’t. In the end, though, he would get the last laugh, as he has gone on to have a successful career in MMA, making it to the pinnacle of the sport.

Boser is currently fresh off of a knockout over Saint Preux and is growing into a fan-favorite fighter. It will be interesting to see where he goes from here, but no matter what, he will forever go down in history in the Meme Hall of Fame. 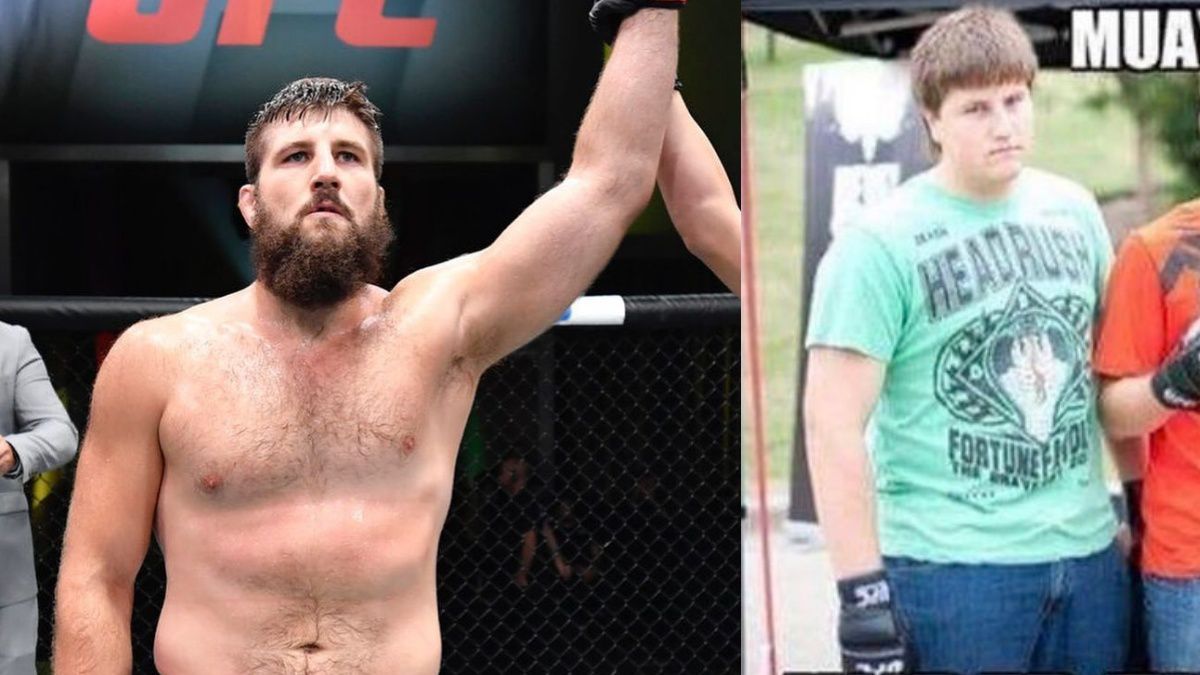