T.J. Dillashaw Explains Why He Decided To Fight Aljamain Sterling With His Shoulder Injury: ‘I’m Going To Bet On Myself, Even With One Arm’
published on November 3, 2022
curated and posted by BRWLRZ Team 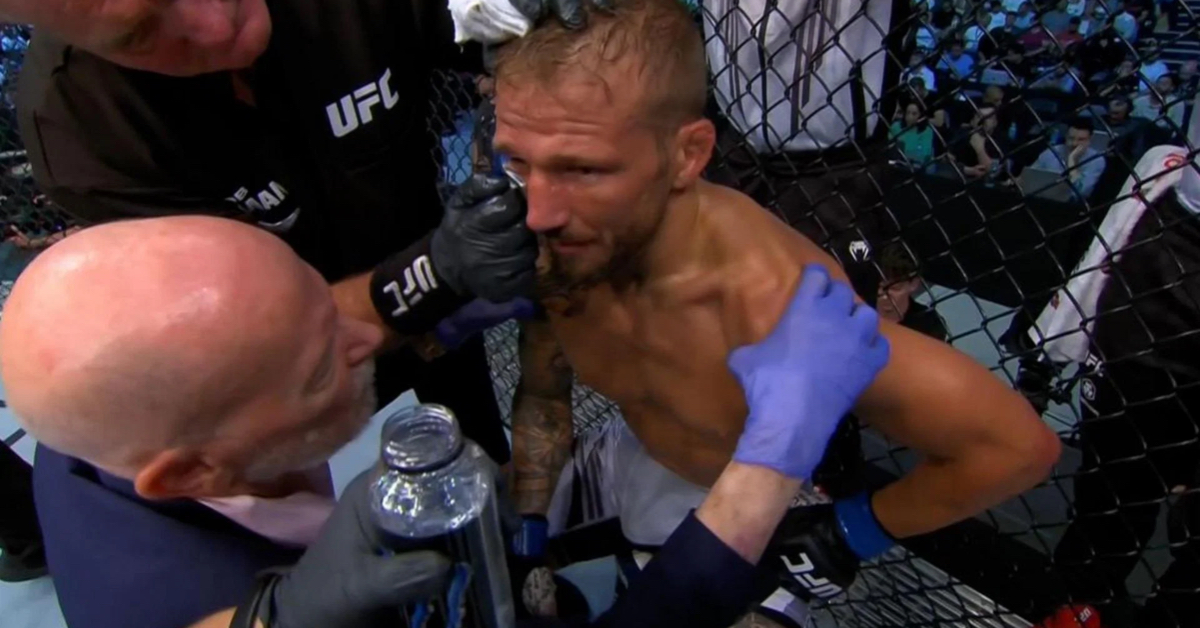 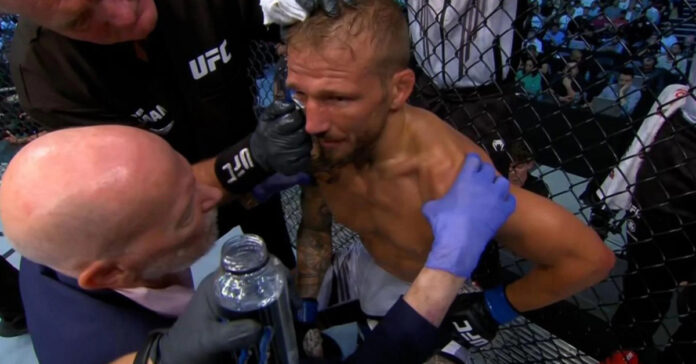 T.J. Dillashaw isn’t backing down from his stance, as he believes he could have beaten Aljamain Sterling even with his injured shoulder.

Dillashaw claimed that his shoulder had popped out of the socket multiple times in the lead to his title fight against Sterling. He even said he felt bad for holding up the division by taking the fight. He was afraid if he didn’t take the fight and got surgery on his shoulder, he wouldn’t get the fight when he turned from injury.

Dillashaw ended up being dominated in his bout against Sterling, as he was able to out grapple the former champion. Dillashaw’s shoulder popped out of the socket and Sterling went for blood int he second round. He took him down and finished the fight with devastating strikes from the top position.

T.J. Dillashaw still believes he had the perfect style to defeat the “beatable” Sterling

Dillashaw was interviewed on “The MMA Hour” when he sounded off on Sterling.

“I took a gamble. I could’ve sat out and gotten surgery, but when I come back, who knows if I’m going to get a title shot right away,” Dillashaw said to Ariel Helwani. “There’s no guarantee you get a title fight when you come back. There’s a lot of options I’m weighing out of me getting this fight and it’s a guy who’s very beatable, I think he’s the most beatable champion. People are going to give me sh*t for saying that, but that’s my belief. I think he’s got some big holes in his game and I matched up well with him. I’m going to roll them dice, I’m going to bet on myself, even with one arm.”

Sterling has already said he would run the fight back if the UFC would want to schedule it again after Dillashaw has surgery. However there are many bantamweight fighters that may be more deserving of a title fight before Dillashaw gets another.