Submission Of The Year – LowKick MMA 2022 Awards
published on December 26, 2022
curated and posted by BRWLRZ Team 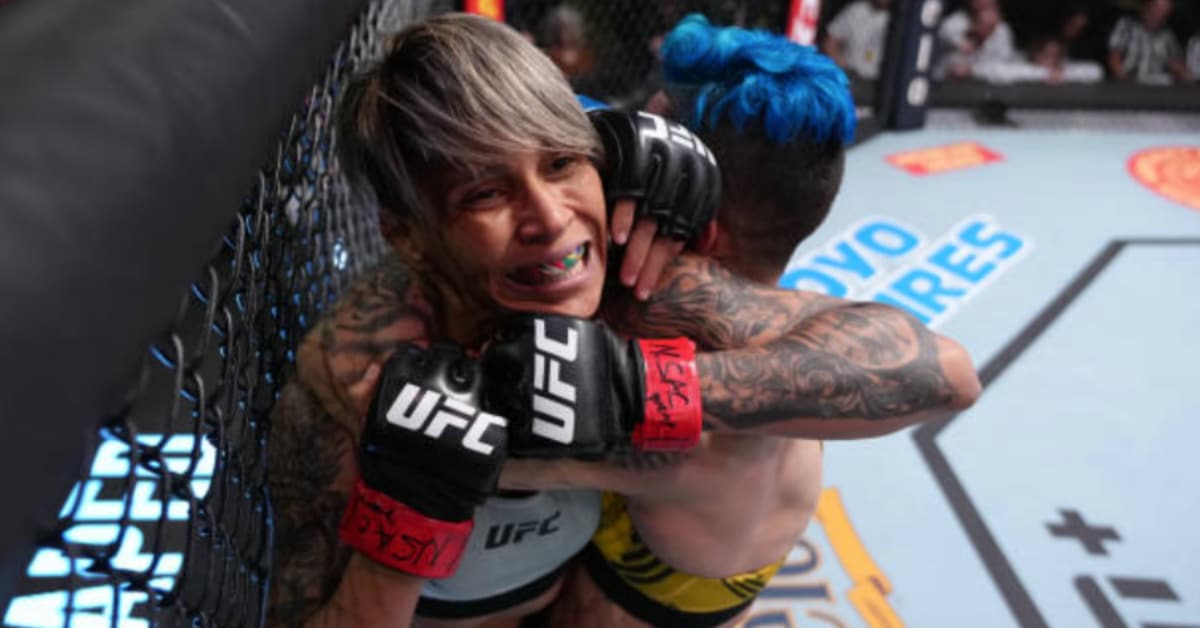 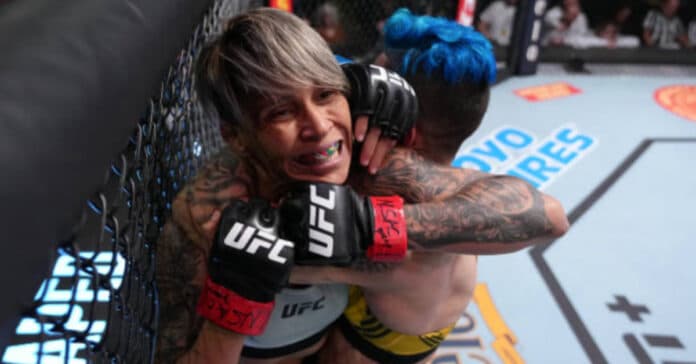 From all the awards hosted by LowKickMMA this annum, the accolade for Submission of the Year saw the most separate nominations – with a stunning eight separate fight-ending stoppages receiving votes.

However, its former UFC strawweight champion, Jessica Andrade who scoops the award for her most recent victory.

Headlining UFC Vegas 52 back in April against compatriot, Amanda Lemos in a return to her former strawweight stomping grounds, Jessica Andrade turned in her second straight victory, stopping her fellow Brazil native with an innovative finish.

Locking up at the Octagon fence in the opening frame, Andrade out-muscled and maneuvered Lemos at the fence, securing a standing arm-triangle submission win. With the victory, Andrade has positioned herself in the running for title challengers at both flyweight and strawweight in the near future.

Turning in both a contender for Submission of the Year as well as arguably the most high-profile win of his professional career, UFC alum, Stevie Ray secured a spectacular, and rare Twister submission win over former WEC and UFC champion, Anthony Pettis.

Twice defeating the Roufusport staple this alum under the banner of the PFL (Professional Fighters League), Ray notched his ninth career submission win with his Twister effort over Pettis in Atlanta.

Handing featherweight grappler his first professional loss on the main card of UFC 282 earlier this month, German-born division contender, Ilia Topuria maintained his undefeated record, with a blistering arm-triangle submission win over the TUF alum. Following the brutal, one-sided defeat, Mitchell admitted he was weighing up his future in mixed martial arts entirely.

Enjoyed a mixed bag of success throughout the year in his attempt to climb the light heavyweight rankings, Scottish grappler, Paul Craig submitted former FNG champion, Nikita Krylov with a first-round triangle win at UFC London in March. The victory landed Craig a post-fight Performance of the Night bonus.

Former UFC lightweight champion, Charles Oliveira successfully prevented former interim titleholder, Justin Gaethje from obtaining gold in May of this year, however, was unable to exit Phoenix, Arizona with his title.

Missing weight for their UFC 274 title headliner in the ‘Copper State’, Oliveira survived a pair of knockdowns against the Arizonian, to rally and land a knockdown of his own, before securing a rear-naked choke victory.

Sans hooks, Czech Republic native, Jiri Prochazka managed to land himself the undisputed light heavyweight title at UFC 275 back in June with a buzzer-beating fifth round rear-naked choke win over Glover Teixeira.

Prochazka, who was losing their Singapore fight on all three judges’ scorecards – attempting to win the fifth round and secure a potential draw on the night, managed to take Minas Gerais veteran, Teixeira’s back, and without hooks to boot, submitted the Brazilian to win light heavyweight gold.

Seeing his division-best winning run halted back in October on ‘Fight Island’, Charles Oliveira failed in his bid to become a two-time lightweight titleholder, suffering a rather one-sided second round arm-triangle submission loss to American Kickboxing Academy staple, Islam Makhachev.

Suffering a knockdown in the second frame, Oliveira was jumped upon by Makhachev, who quickly assumed half guard and then stepped across, locking up an arm-triangle submission win.