UFC middleweight contender Sean Strickland has given his prediction for the upcoming UFC 271 main event between Israel Adesanya and Robert Whittaker.

In 2019, Adesanya reached the 185-pound mountaintop by knocking out Whittaker at UFC 243 in Melbourne, Australia. Since then, “The Last Stylebender” has remained undefeated in the division and beaten away the challenges of Yoel Romero, Paulo Costa, and Marvin Vettori.

Adesanya’s ongoing dominance has taken him full circle to “The Reaper.” Since losing his title, Whittaker has been in the form of life. Across 18 rounds of action, he put his fluent striking on full display in headlining wins Against Darren Till and Kelvin Gastelum, and a pay-per-view co-main event victory over Jared Cannonier.

The stage is now set for a blockbuster rematch, which will go down inside Houston’s Toyota Center on February 12.

Strickland: We All Know Adesanya Does Steroids

Despite the convincing ending to their first fight, many are expecting a rejuvenated Whittaker to provide a much stiffer test for Adesanya this time around. One man who disagrees with that sentiment is top-10 middleweight Strickland, who expects the champion to “starch” the New Zealand-born Australian.

But while the charismatic and controversial contender’s prediction is partly due to Adesanya’s undeniable talent inside the Octagon, “Tarzan” also believes the Nigerian-New Zealander gets a helping hand from steroids, an accusation he’s made in the past.

“I mean, Israel’s just a crafty motherfucker,” Strickland told combat sports journalist Helen Yee. “Like, don’t get me wrong, we all know he does steroids, and that probably helps his performance. We all seen him fight with the titty that hung down. I mean, have you ever seen a man fight int he UFC with gyno from weed? I mean, look at Nate Diaz; if that as the case, Nate Diaz would have tits down too is knees. Get out of here with this.

“So, anyways, back to him and Whittaker. Izzy is a great striker; he comes from a steroid background of kickboxing,” added Strickland. “I think he’s gonna starch Whittaker, cause he is a great fighter.”

Discussion surrounding potential steroid usage is nothing new for Adesanya. At UFC 253, the event at which he dismantled then-unbeaten Brazilian Costa, “The Last Stylebender” sported a visibly swollen pectoral muscle.

The medical term for swelling in male breast tissue is Gynecomastia. The condition can be can be caused by a wide variety of factors, including drugs and alcohol, some medications, and even herbal products. One of the more well-known triggers is the use of anabolic steroids, an accusation many directed at Adesanya following the September 2020 pay-per-view.

Months after the event, Adesanya revealed he’d undergone medical tests to determine the cause. With no visible answer, the reigning middleweight king said UFC doctors told him unhealthy living and, in particular, smoking marijuana were likely the reasons for the swelling.

That answer is clearly not a convincing one for Sean Strickland…

Despite having the first defeat of his professional MMA career added to his record last March thanks to a failed venture to light heavyweight, Adesanya has continued to look unthreatened at 185 pounds.

But with a revitalized and focused Whittaker steaming towards him, “The Last Stylebender” could be set for his biggest challenge to date next weekend.

Who do you think will have their hand raised at UFC 271, Israel Adesanya or Robert Whittaker? 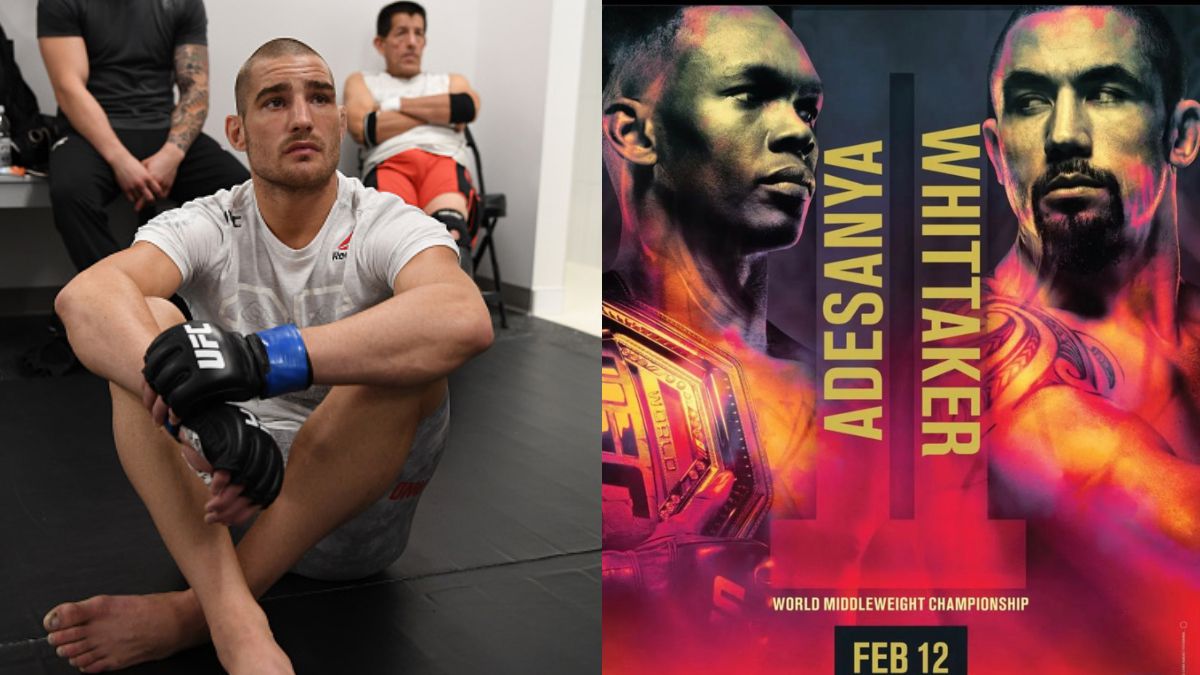