Strickland: No One Is Surprised By Rockhold’s UFC 268 Withdrawal
published on October 13, 2021
curated and posted by BRWLRZ Team

Sean Strickland has reacted to Luke Rockhold being forced out of their UFC 268 fight.

On Monday evening, Rockhold took to his Instagram story to announce he is out of his comeback fight against Strickland. The former middleweight champion revealed he herniated discs in his back which forced him out of the fight.

“There’s no easy way to really say it, but the fight is off in New York,” Rockhold said on his Instagram story about pulling out of the Strickland fight. “I ended up herniating a disc in my back. L4, L5. The docs say it’s nothing I can play with. I need to do some treatment and recovery time. Some things just aren’t meant to be. New York, motherf*cking New York. I’m sorry to the friends and the peeps and everyone, but we’ll be back. Until next time.”

The news was no doubt disappointing for many as Rockhold vs. Strickland is a fight many fans wanted to see. Strickland, however, says he isn’t surprised to the news that Rockhold was forced out of the bout.

“He was never going to make it to the fight lmao… no one is surprised. I sparred him once and almost put him out.. didn’t even spar the second round, walked out of the gym lmao.. I knew this wasn’t happening,” Strickland wrote.

Sean Strickland has been phenomenal since returning from a motorcycle accident that nearly forced him to retire from MMA. When he made his return back on Halloween night 2020, he dominated Jack Marshman and then fought just two weeks later and TKO’d Brendan Allen. He then beat Krzystof Jotko and Uriah Hall by decision, which was his first UFC main event.

Strickland is currently ranked seventh at middleweight and as of right now, it’s uncertain if the UFC will find someone to replace Rockhold.

Who would you like to see Sean Strickland fight now that Luke Rockhold is out of their UFC 268 fight? 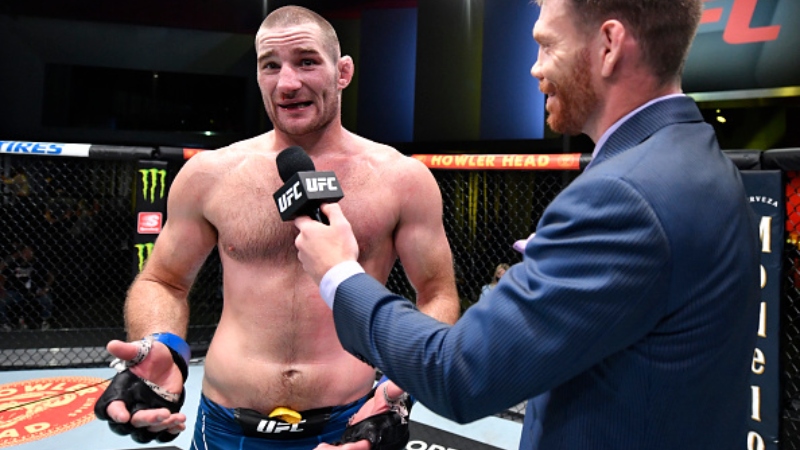