Stipe Miocic Shoots Down Speculations Of Retirement
published on November 27, 2021
curated and posted by BRWLRZ Team

Stipe Miocic has no plans of retiring anytime soon.

After Miocic lost his heavyweight title to Francis Ngannou at UFC 260 many wondered what would be next for the Cleveland native. Many thought Miocic may hang up his gloves as he has nothing left to prove. Yet, he says that is not happening as he still feels good and he isn’t ready to retire.

“I feel good still, that’s all that matters to me,” Miocic said on The MMA Hour. “As long as I’m feeling good, and having fun in the sport, I’m going to keep doing it. It’s going to come to an end, there’s no question, I just don’t know when. I feel like you guys just want me to retire.”

With Miocic not ready to retire, he has made it clear he wants the trilogy with Francis Ngannou. He believes he should’ve gotten it immediately due to everything he has done in his career. He’s considered the greatest heavyweight of all time so he hopes he can get the title shot sometime next year, yet, he also hinted at a possible fight with Jon Jones.

“I’ll fight anyone like I always say [but] I really want that trilogy fight,” Miocic said. “That [title] was mine. I want it back. Definitely get a trilogy [in 2022]. Get my shot back at the title. Get my belt back. Back to normal. Everything’s back to normal.”

Stipe Miocic (20-4), as mentioned, has not fought since March where he was knocked out by Francis Ngannou. Prior to that, he had three fights against Daniel Cormier where he lost then reclaimed and defended his heavyweight title. He also holds notable wins over Fabricio Werdum, Junior dos Santos, and Alistair Overeem among others.

Who would you like to see Stipe Miocic fight in his return? 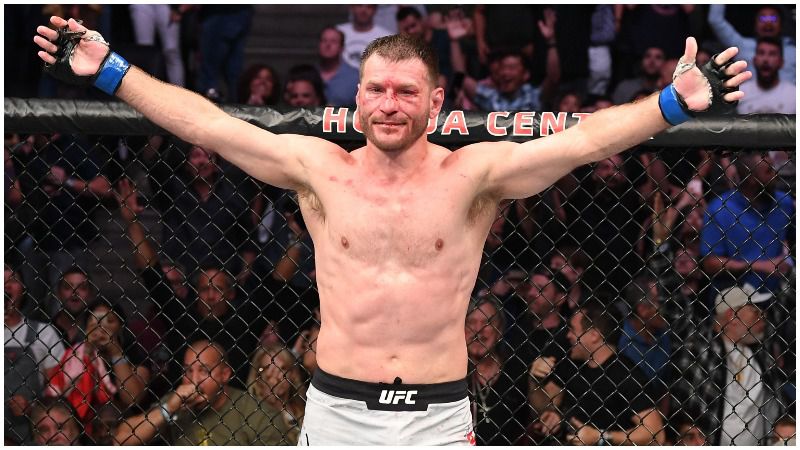