Stipe Miocic is jumping on the Jake Paul bandwagon.

It seems that in combat sports lately, fighters either love Jake Paul, hate him, or want to fight him. One guy who seems to be on Paul’s side is the former UFC heavyweight champion Stipe Miocic.

Miocic was asked his opinions on Paul while he was a guest to The MMA Hour last week. As a fellow Cleveland native, Miocic thinks he is alright.

“He is just a regular guy, his motivation, what he likes, what he wants to do, his goals. He’s a good dude,” Miocic said. “He’s from Cleveland as well, but like just talking him to more, you like him even more.”

Miocic is currently without a fight lined up in the UFC but that doesn’t mean you will find him searching for a fight with Paul. UFC fighters calling out the Paul brothers seems like a common pastime these days, and Miocic can see why. He is impressed with the progress Paul has made in his boxing career so far.

“Oh yeah, definitely, he’s getting better, he got a tough fight against Fury but he listens to his coaches, I watch him train, he does everything he’s supposed to, which, you know, is great,” Miocic said. “He’s doing a lot of good stuff.”

Maybe a fight with Paul is off the table, but Miocic would be interested in boxing in the future. He mentioned the interest in trying out boxing perhaps when his MMA career is over and even called out heavyweight champ Tyson Fury in the past. For now, he is looking for another shot at the title he lost to Francis Ngannou. Another opportunity could be facing off against Jon Jones.

Would you like to see Stipe Miocic try his hand at boxing in the future? 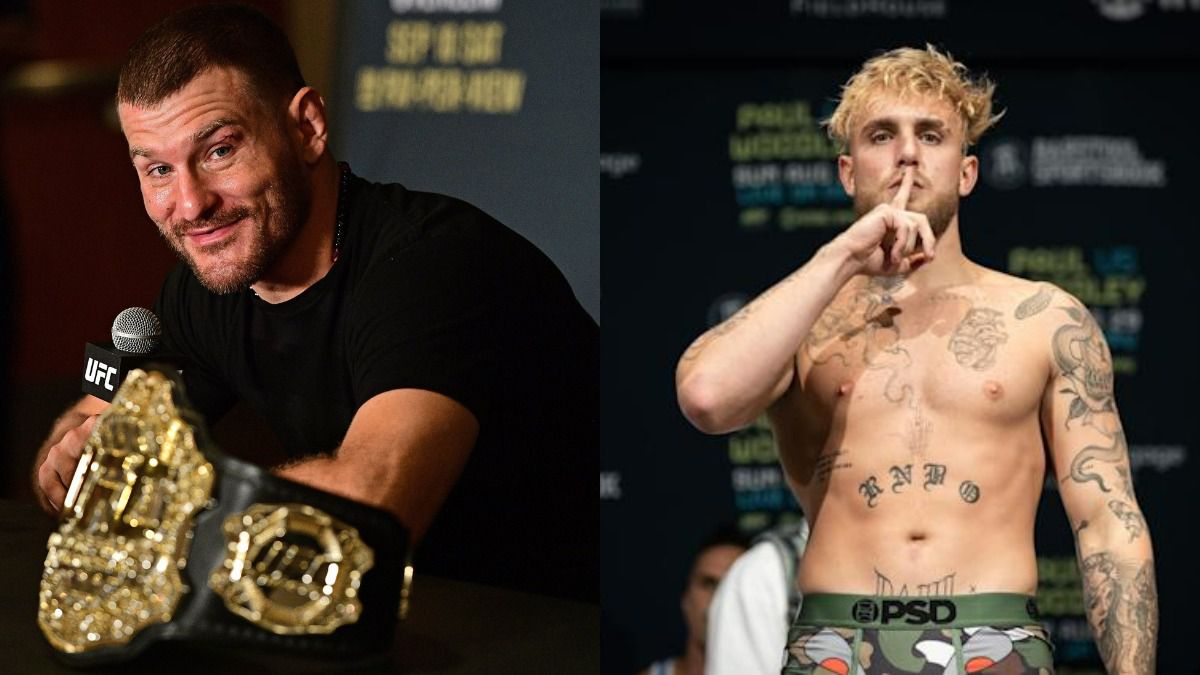