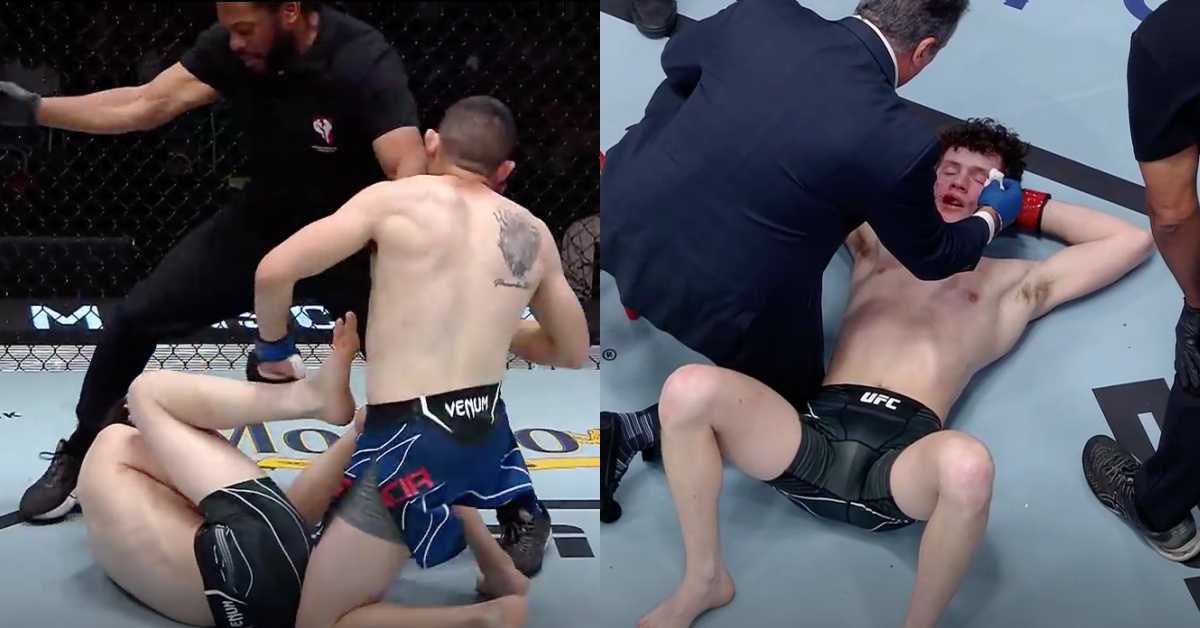 In a truly dominant victory at the featherweight limit, Steve Garcia knocks back popular division prospect, Chase Hooper — landing a stunning four separate knockdowns in the opening minute and a half en route to a first round TKO win on the preliminary card of UFC Vegas 63.

Garcia, who entered tonight’s UFC Apex facility clash with Hooper off the back of a June knockout loss of his own against Hayisaer Maheshate, returned with a vengeance tonight — dropping and rocking Hopper in each lengthy exchange the two partook in.

Landing three separate knockdowns before the eventual first round win, Garcia floored the Dana White‘s Contender Series alum with a left hook after Hooper missed with a spinning effort, forcing referee, Herb Dean to step in and call a halt to the action.

Below, catch the highlights from Chase Hooper’s first round TKO loss to Steve Garcia