Sterling Vows To ‘Slap The F—k’ Out Of Petr Yan When They Finally Fight
published on October 2, 2021
curated and posted by BRWLRZ Team

Aljamain Sterling is getting tired of Petr Yan constantly talking trash about him.

The backlash that Sterling has faced after withdrawing from his rematch with Yan has reach new heights, especially considering the circumstances of how Aljo won the title in the first place. Even after an interim title fight was booked between Petr and Cory Sandhagen, the former champ as not let up on suggesting that Aljamain is scared to fight him.

It seems that “Funkmaster” has had enough of the copious amounts of taunts from his rival. Speaking on the MMA Hour, he went off on Petr, saying that when they finally do fight, he plans to give him the ol’ Stockton Slap right across the jaw.

“Yan can say whatever he wants. He posted some shit with me and my fiance. I don’t know if he was trying to be funny. I’m out with my lady, do I post pictures with you and your lady/kids to say you pulled out of a fight? I think the guy is a piece of s**t. I’m gonna fight him but there’s gonna be a point in the fight that I’m just gonna slap the f**k out of him,” Sterling said (h/t Sportskeeda)

Not only is Aljamain Sterling tired of the comments from Petr Yan, but he is also getting frustrated with fans berating him for pulling out of the fight. This is somewhat understandable since it was the UFC doctors who did not clear him to fight, for what that is worth.

On top of that, Aljo found it important to remind people that Yan withdrew from their fight the first time it was scheduled. He says nobody gave Petr flack for doing that, yet he faces backlash for something he feels is out of his control.

“People keep forgetting that Yan pulled out of our first fight. He said he had his visas taken care of. He pulled out of the fight with no injury. So for me to pull out for not getting medical clearance, I think there’s a pretty good logical reason. I’m not looking to be the first person to win a belt by DQ and the first person to be paralyzed in the cage,” Sterling stated.

What do you make of these comments from Aljamain Sterling? Is his frustration with Petr Yan and the haters justified? 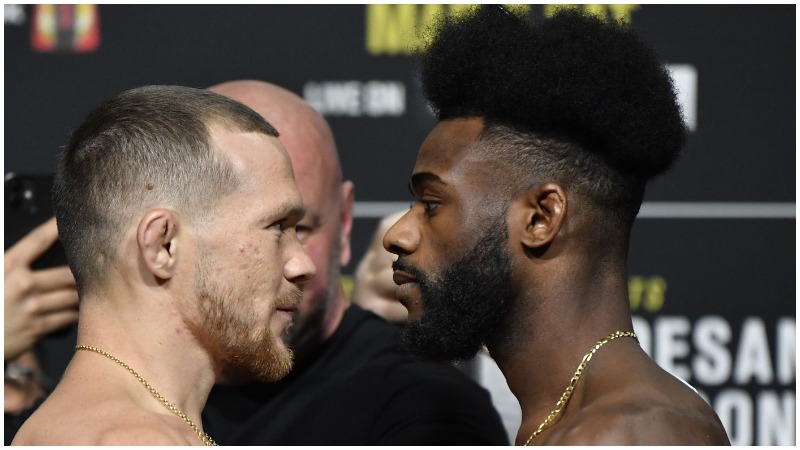