Sterling Out Of UFC 267 Bout Against Yan, Interim Title Fight Expected
published on September 25, 2021
curated and posted by BRWLRZ Team

Aljamain Sterling is now out of his UFC 267 rematch against Petr Yan due to injury as originally reported by MMA Fighting on Saturday. The withdrawal comes as a result of lingering issues from the neck surgery Sterling underwent this summer.

Yan is expected to remain on the card in an interim bantamweight title fight. The unranked Sean O’Malley has volunteered his services to fight Yan, but there is currently no word yet on whom Sterling’s replacement will be.

The #2-ranked TJ Dillashaw would be the top option ideally, but he is currently recovering from knee surgery. Cory Sandhagen is available, though he is coming off of a loss to the aforementioned Dillashaw.

We will keep you up to speed the moment Yan’s status/opponent for UFC 267 has been determined.

All the talking and controversy will come to an end when the rematch between Aljamain Sterling and Petr Yan takes place at UFC 267 in October.

Shortly before UFC Vegas 32 kicked off, Aljamain Sterling issued an announcement regarding the status of his rematch with Petr Yan while on horseback. Check out the video below.

October 30th in Abu Dhabi, all the talking ends! Sleepyhagen or Needleshaw, winner gets the next whooping after I put away Yan in 3!
–
Only thing that matters in this sport is blue-collared hard-work! No Dana White Privileges ever given to me #AndStill! #Georgia 🇬🇪 pic.twitter.com/BvkEaKfEgs

“What’s up, guys? I know there’s a big fight tonight, obviously. Cory Sandhagen taking on T.J. Dillashaw, who gives a shit? Doesn’t matter because I’m fighting for the belt October 30th in Abu Dhabi, so make sure you guys tune in only on pay-per-view. It’s gonna be a banger. Obviously, if Sandhagen wants it, he wins it, he can get it again. I’ll put him back to sleep. And if T.J wins, guess what? He can’t beat a contender ever since lost to John Dodson without steroids and EPO.”

Sterling would then have a brief sparring session with a particle stuck in his hair before continuing his exploration of Georgia along with Al Iaquinta and tour guide Merab Dvalishvili.

MMA reporter Ariel Helwani would then come forward with some interesting details about the UFC 267 event. Reportedly, the event will not be featured on pay-per-view in the United States and will be available through some combination of ESPN and ESPN+.

This rematch has been in the works the moment Sterling won the title at UFC 259 via disqualification in the most controversial ending to a title fight in UFC history. Now, fans and both fighters will get the closure that was lacking in the initial encounter between the two.

With this fight now official, the current lineup for October 30’s UFC 267 card is as follows: 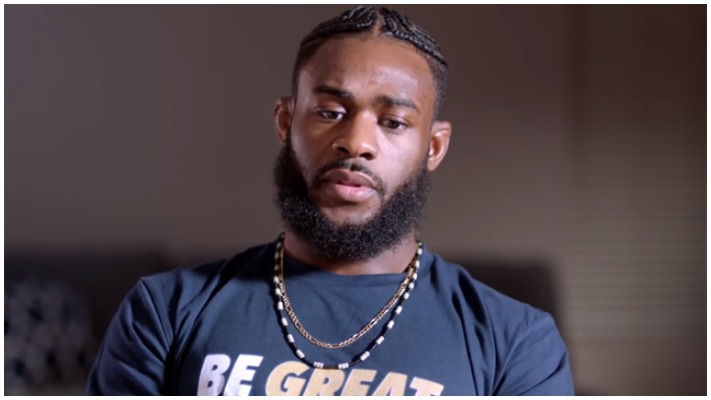