Khamzat Chimaev’s latest performance set the MMA world ablaze. The Russian-born mixed martial artist put on a flawless performance last weekend at UFC 267 that saw him submit Li Jingliang in the first round. But before the bout, there was a bit of controversy on the scale.

Chimaev weighed in three times and three different weights were observed. During the second attempt, after being over the limit half a pound on the first try, Chimaev weighed in five pounds below the limit. He also had his hands on the towel used to block his nude body.

Officials blamed the scale and had him weigh in a third time, hands up, and Chimaev made the 171lb limit. The whole situation left fans and media scratching their heads. It also prompted fellow welterweight contender, Thompson, to believe that there was some shady stuff happening.

“Yeah, I mean, how you gonna go from 166 back to 170? I mean, it was obviously cheating. [LAUGHS] When somebody puts their hands on the towel and you see the towel go down, move —they should make everybody weigh in with a towel with hands in the air, just like they did the second time. But yeah, man, I think he was trying to make it work but he went a little overboard where it was like 166. It’s like, come on, dude,” Thompson told MMA News.

Regardless of the events surrounding the weigh-in, Chimaev undoubtedly impressed many with his performance. The victory moved “Borz” to a spotless 10-0, which means there’s a good chance Thompson could run into the grappling sensation down the road. But it seems unlikely that it’ll be this year. In the interview, Thompson didn’t say who was next for him, but he did state that it wouldn’t be Chimaev.

Do you agree with Stephen Thompson? Did Khamzat Chimaev “cheat” to make weight? 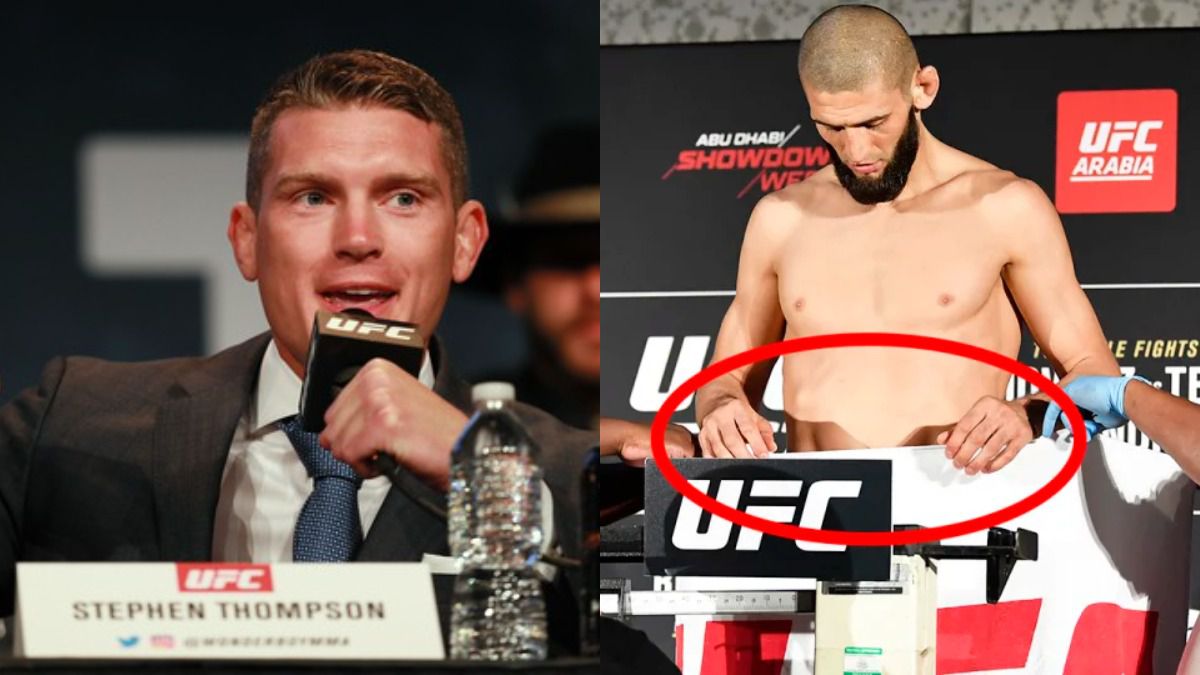