UFC welterweight Stephen Thompson has discussed his latest setback in the Octagon and explained what went wrong on the night.

In early 2021, Thompson was riding high off back-to-back wins against Vicente Luque and Geoff Neal. As an in-form top-five fighter and one of the few top contenders Kamaru Usman is yet to face, many predicted a title shot down the line.

“Wonderboy” seemingly had the chance to secure one at UFC 264 against Gilbert Burns. Instead, he was controlled and comfortably beaten on the scorecards. With his motivation unwavering, the 38-year-old hoped to get back on track by fitting in another fight before the close of the year.

After Belal Muhammad answered his prayers, many expected Thompson to re-enter the win column and stake his claim for a matchup with the champion. But once again, the two-time title challenger failed to keep the fight on the feet and was dominated throughout, falling to yet another unanimous decision.

Thompson: “I Got Manhandled For Three Rounds”

During a recent episode of his podcast, Stephen Thompson addressed his defeat and analyzed what went wrong in the UFC Vegas 45 co-main event.

While he conceded that he was “manhandled” for the best part of 15 minutes, Thompson suggested a botched rehydration process may have had a part to play. Despite having a good camp, “Wonderboy” admitted he was a lot more tired and exhausted at the start of the fight, something he says he noticed even before entering the Octagon.

“I lost my fight, got manhandled for three rounds. Yeah man, it was a sucky experience, to be honest with you. Like, you know, I don’t know why this happens but when you know I had a great camp, camp was awesome. I was in the greatest shape of my life, you know. Was in shape, felt strong and then you know things start to kind of get a little weird whenever you’re getting ready to go out you’re in the back kind of warming up and your legs start to feel tingly, that’s not a good sign…Maybe it had something to do with my rehydration; not sure. But I felt exhausted, felt super tired right out of the first round. I didn’t want to say anything to my coaches or anything that my legs were feeling tingly.

“It was the rehydration, that was just difficult. You know back in the past, it was kind of like an unwritten rule or untalked about thing that before USADA, we were allowed to IVs you know and it was kind of… something we did back in our hotel. Everybody did it. It was such an easier way to get those fluids back and you felt so much better, like, instantly. And now having to do everything orally, it’s difficult, it takes longer, you don’t know if you have drank enough.” (h/t Sportskeeda)

Given his age and losses in 2021, some fans and pundits have suggested Thompson isn’t capable of competing at the highest level anymore. But “Wonderboy” has no plans to hang up his gloves anytime soon.

Having previously revealed his desire to become the oldest fighter in UFC history, Thompson has now questioned why fans want him to retire. According to the 38-year-old, his body feels better than it did five years ago when he fought Tyron Woodley for the title.

“I feel like people that do retire, when they sit down on the chair, they just feel like they should retire. Like just, their bodies beat up, aches and pains… When I sit here and I’m sitting down in this chair, I feel great. I feel fine. I feel fine. I feel better than I was five years ago. I just don’t get it.” (h/t Sportskeeda)

With his motivation to compete as high as ever, we’ll likely be seeing Thompson attempt a resurgence in 2022.

Do you think Stephen Thompson can still compete at the highest level in the UFC welterweight division? 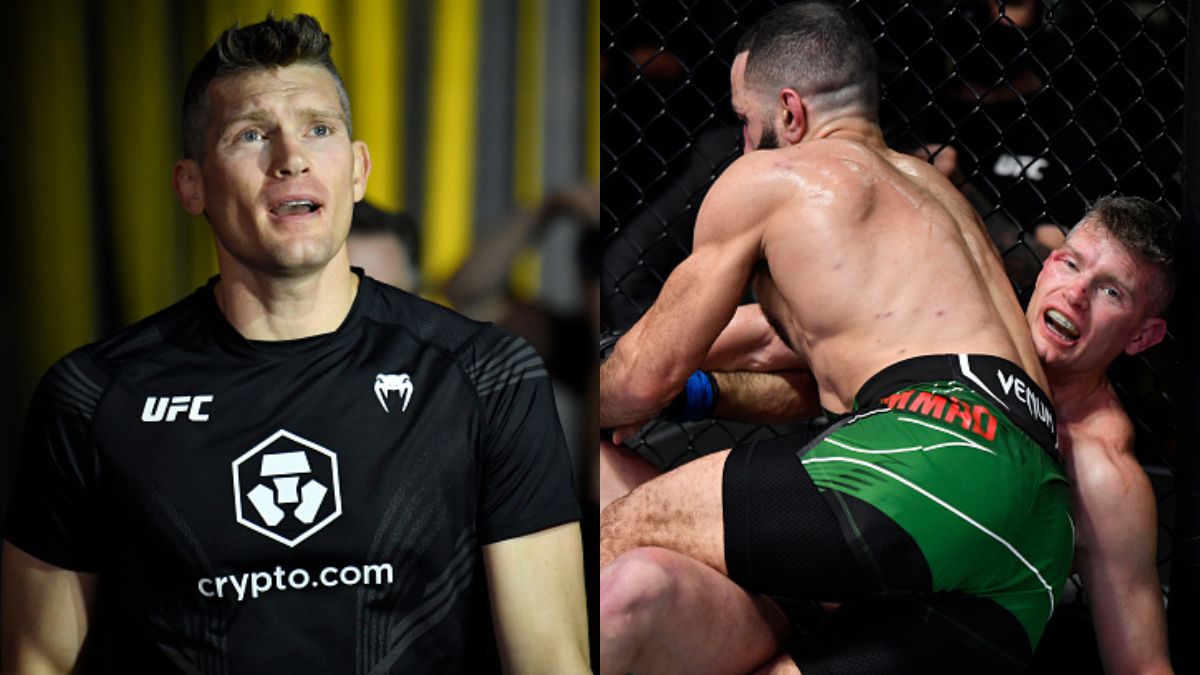