Spencer: Kayla Harrison Is An Asset But FW Division Doesn’t Need Her
published on November 10, 2021
curated and posted by BRWLRZ Team

After Harrison won the 2021 PFL lightweight championship she became a free agent. With her now a free agent, many thought she would sign with the UFC which would set up a fight between her and Amanda Nunes. Yet, nothing is done or close to being made official of her next move. But, for Spencer, she doesn’t think the UFC’s featherweight division needs Harrison.

“It would be an asset to the division, for sure to have Kayla. Do they need her? I don’t think they need anybody per se. Maybe they need Amanda right now. We probably wouldn’t exist without Amanda,” Spencer said to MMANews’ James Lynch. “But yeah, I think that’s the only person that the UFC really needs right now. As far as the best option for Kayla, that’s going to be a personal choice for her. Like, are you going to follow the financial assets there, or are you going to follow the: go for something you haven’t done yet just to see if you can fill that part of your legacy?

“So that’s going to be the waiting game to see what Kayla decides. But I think the UFC is kinda putting things out so that they have enough leverage to not have to pay out the butt with trying to get her. I don’t think they’re going to offer what she would want. So who knows what actually happens.”

Although Spencer doesn’t think the UFC needs Harrison, Aspen Ladd who recently competed at 145lbs thinks the opposite. There’s no question if Harrison does sign with the Las Vegas-based promotion, it would add much-needed hype to the division.

Regardless, Harrison or not, Spencer is still getting fights as she will take on Leah Letson this Saturday at UFC Vegas 42.

Do you think the UFC’s featherweight division needs Kayla Harrison? 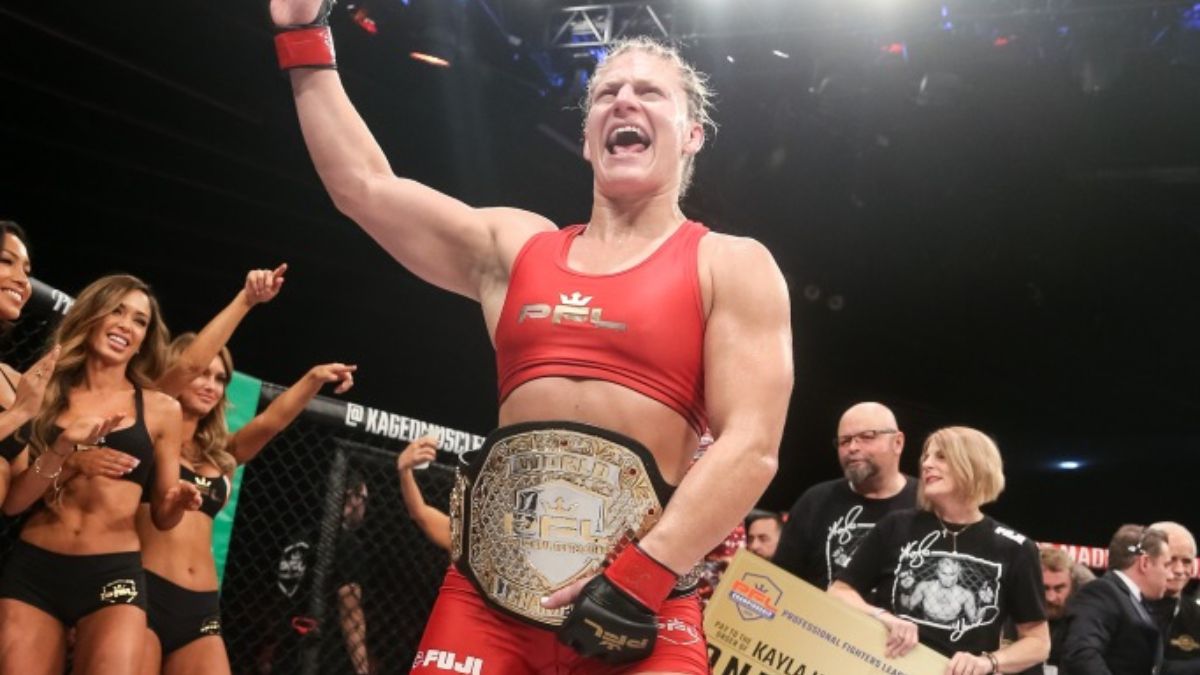