Sonnen Thinks Edgar Was Winning “Every Bit” Of UFC 268 Fight Before KO
published on November 13, 2021
curated and posted by BRWLRZ Team

Chael Sonnen is not ready to close the door on Frankie Edgar’s UFC career just yet.

The entire UFC 268 card was filled with amazing fights. There were amazing finishes from start to finish. One performance that stood out was Marlon Vera’s front kick KO of Frankie Edgar. The nature of the finish has some people calling for Edgar to hang up his gloves, but the outspoken Chael Sonnen does not agree. He took to his YouTube page to air his feelings towards Edgar in the UFC 268 bout.

“Frankie won every bit of that fight. He won every exchange, every round, and every minute of that fight. He lost one second of it. One second and boom, kicked in the mouth, falls down, fight gets over,” Sonnen said. “That’s a horrible way to go out. Frankie definitely proved to us he could still do this. He definitely proved he still trains, he’s still in great shape, he’s got the speed, he’s got the power, he’s got the range, his boxing was on point digging to the body. Frankie looked great. He lost one second. We don’t know if we’re going to see a future Hall-of-Famer, a former champion again because he lost one second of a 13 and a half minute fight? Man, that’s tough.”

Edgar is 40 years old and has been competing in the UFC since 2007. Recently he has been asked about retirement on several occasions. Following the KO at UFC 268 this topic has been coming up a lot but Edgar is yet to address it head-on.

The loss against Vera was the second in a row for Edgar at his fourth loss in his last five fights. He is still being matched up with the very best the UFC has to offer and although he is a two-time champion, he is looking to add another belt to his mantle. This recent drop to bantamweight seemed like a last-ditch effort, but Edgar has explained that he is fighting because he loves it.

Sonnen knows a thing or two about fighting for such a long time. He continued to fight until he was 42 years old. Now he is passing his knowledge on using his YouTube channel and podcast. In his expertise, he believes Edgar has more high-level competition in him.

Do you agree with Chael Sonnen that Frankie Edgar can continue to fight in the UFC? 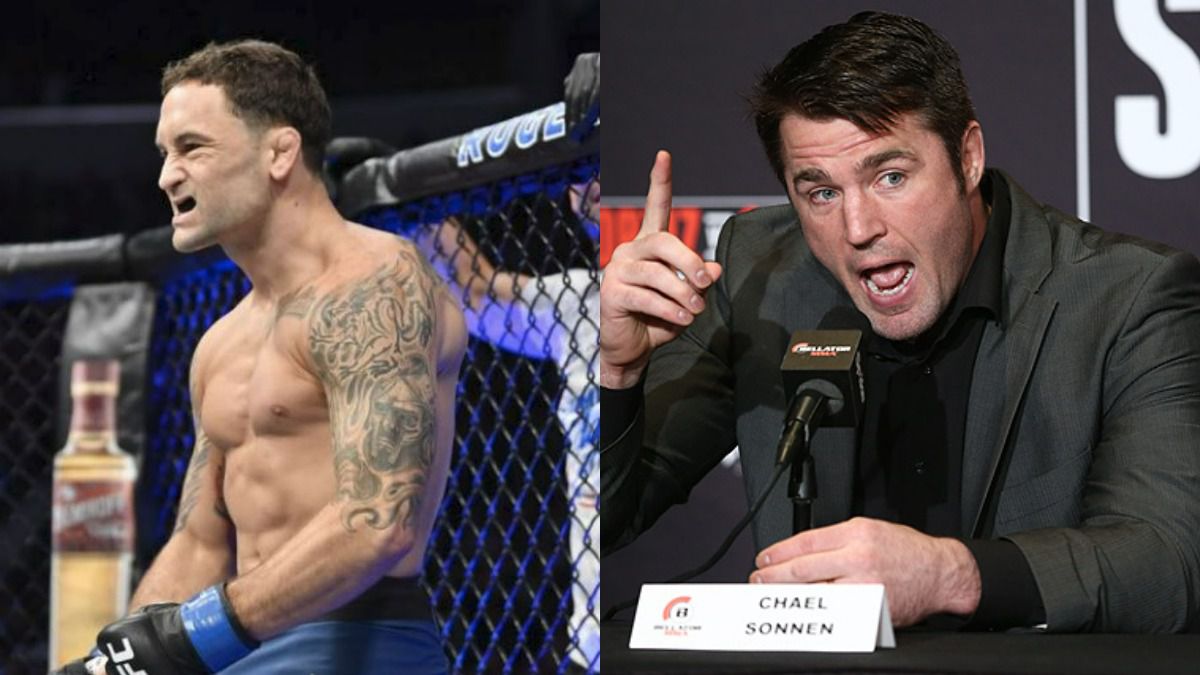