Chael Sonnen doesn’t have a full understanding of his clash with Conor McGregor earlier this week, but he sounds certain it won’t change his protectiveness of the Irish lad in the future.

In last weekend’s UFC Vegas 42 main event, Max Holloway defeated Yair Rodriguez in a battle for the ages. This tantalizing display of MMA provided more than enough for fans to talk about in its aftermath, but there was a third party who also was a subject of water-cooler conversation in connection to this fight: “The Notorious” Conor McGregor.

That is because a shirtless McGregor was pacing in front of his television, intensely staring down TV Holloway as if he was moments away from competing against him in some Wii variation of UFC 4. You can catch the clip below if you are still yet to experience this…

Chael Sonnen described this footage as McGregor beginning to behave like a “little rich weirdo.” McGregor laughed off the remark, which he said came from a ‘little broke weirdo.’ This set off a mild spat between the two trash-talkers, with Sonnen advising the brash Irishman to stay off his radar.

Now that the dust has settled after the virtual confrontation between “The Bad Guy” and “The Notorious,” Sonnen took a moment to assess what had transpired.

“I don’t know how old Conor is. I’ll have to look it up. I’m going with 33. I’m going with 34. I know I’m close,” Sonnen began on his YouTube channel. “But that’s the age where the fact that you’re still doing this is weird. It’s not cool anymore. If you’ve got the belt, if you’re defending something, it’s a little bit different.

“If you can’t get a license because you can’t even pass the medical exam, and you’ve got your shirt off on TV with your drunken buddy behind you filming you in an iPhone that you’re gonna edit and upload later, it’s weird. And that’s all I said.”

Sonnen acknowledges that his words did not appear to sit well with McGregor. Nevertheless, he still feels a kinship between the two despite the Irishman’s punchy interaction with him this week.

“I got asked about McGregor, who I have carried for years. In all fairness, I don’t know that Conor has a more public defender than me. And there’s been some rough times. You will look a fool defending some of Conor’s actions. I feel I know Conor. I feel I understand Conor. I feel I had a hand in creating Conor, whether I did or not, but this is how I feel. So I’ve always looked after little brother.

“Much as I said he’s becoming a rich little weirdo, that’s still little brother, and I’mma still look after him. I just am.”

If these remarks serve as a cease-fire between these two quick draws, it will give McGregor one less Twitter beef to worry about. Lord knows the man has had his hands and proverbial Twitter fingers full in recent weeks. This includes spats with Nate Diaz, Max Holloway, Petr Yan, not to mention practically the entire UFC fighter-analyst team, just to name a few.

In some good news, McGregor did express in a since-deleted tweet that he is certain he’ll be back in action by the middle of next year. This will presumably make him less busy with the clapbacks and more active in continuing to set pay-per-view records. 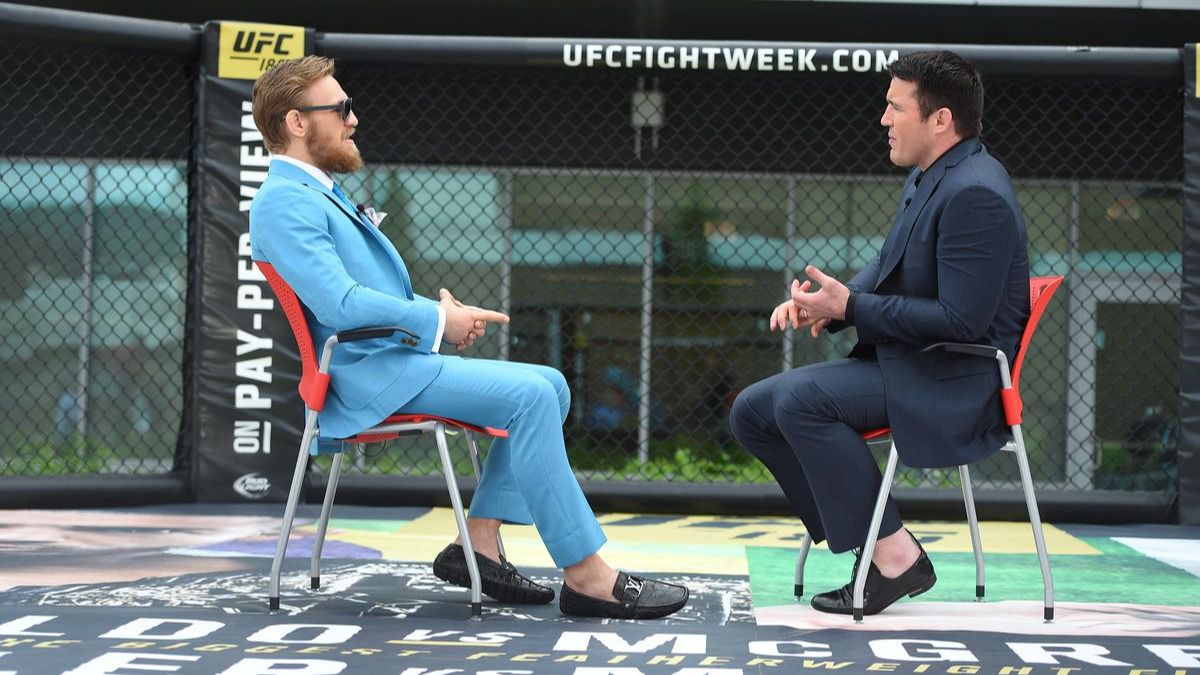