[Editor’s Note: The following quotes were made prior to the additional details released behind Jon Jones‘ arrest]

Last Thursday during UFC 266 fight week, the UFC’s annual HOF ceremony took place. In attendance was former UFC Light heavyweight champion Jones, whose first clash with Alexander Gustafsson at UFC 165 was being inducted into the Fight Wing. The 2013 title fight is widely regarded as one of the greatest championship bouts in the promotion’s history.

Despite the joyous occasion, Jones found himself in the headlines for all the wrong reasons just hours after the ceremony’s culmination. Early Friday morning, “Bones” was arrested by Las Vegas police and charged with misdemeanor battery domestic violence, and injuring or tampering with a vehicle.

Chael Sonnen, who faced Jones at UFC 159 and has had a longstanding feud with the two-time champ, spoke about the 34-year-old’s induction and arrest in a video uploaded to his YouTube channel. Despite taking a slight dig at the fight for which he was inducted into the HOF for, the MMA analyst admitted that Jones looked in good shape during his appearance in Vegas.

“X amount of time later, Jon gets arrested for domestic dispute—that means it’s family—and something with a car. I can’t speak to any of that. I read that it was a misdemeanor. Jon can work that out himself.”

Having complimented his attitude and appearance at Thursday’s ceremony, Sonnen then suggested it was typical of Jones to follow an occasion like that with a shameful arrest.

“And I’m complimentary to him. In all fairness, I thought he looked really good, really strong, he had a nice smile on, looked like he was proud of himself, happy to be there, enjoyed the moment.

Prior to his arrest, Jones had spoken about his plans to return to the Octagon. “Bones” hasn’t fought since his 205-pound title defense against Dominick Reyes in early 2020. Having vacated the belt to pursue a move up to heavyweight, Jones is yet to test the waters of his new weight class.

At the HOF ceremony, the 34-year-old announced his intentions to return to action in the second quarter of 2022, ideally against UFC Heavyweight Champion Francis “The Predator” Ngannou. However, it remains to be seen what impact his latest transgression will have on his UFC status.

What was your reaction when Jon Jones’ latest arrest came to light? 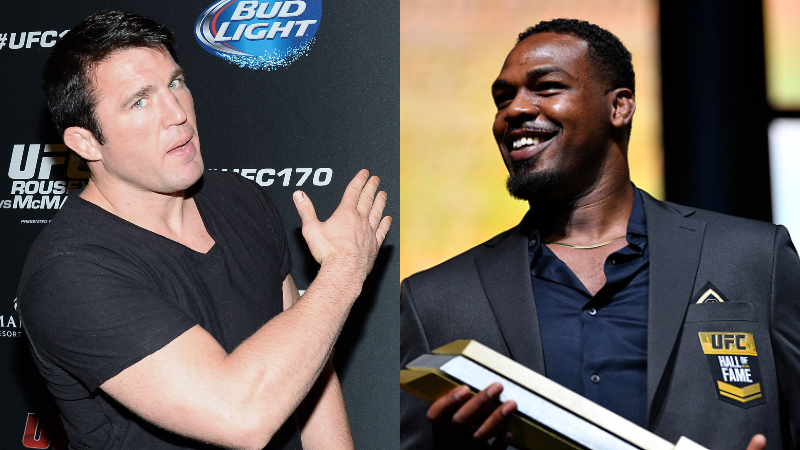