Sonnen: Ngannou/Gane Is The Most Compelling Heavyweight Fight Ever
published on January 1, 2022
curated and posted by BRWLRZ Team

Former two-division UFC title challenger Chael Sonnen has described the upcoming unification showdown between Francis Ngannou and Ciryl Gane as the “biggest” and most “compelling” heavyweight fight of all time.

The two behemoths are set to open the UFC’s pay-per-view account for 2022 in style, headlining January 22’s UFC 270 event. When a champion and interim titleholder collide, the stakes are always that much higher. But for this one, they’re through the roof.

Ngannou has held the title since March 2021, when he dethroned Stipe Miocic with a brutal second-round knockout. After being unable to return to the US for an August defence against Derrick Lewis, Gane was drafted in for an interim title clash with “The Black Beast,” much to the fury of Ngannou and his management team.

By dominating Lewis in the UFC 265 main event, Gane set up a blockbuster unification clash with “The Predator,” whom he used to train with at Paris’ MMA Factory gym. The heavyweight landscape will alter one way or another at UFC 270, but it could drastically shift should “Bon Gamin” emerge victorious.

There are a number of storylines at play heading into the next PPV headliner. While Ngannou’s feud with his former coach and Gane’s current mentor Fernand Lopez is providing a nice narrative, as is the champ’s frustration at the creation of interim gold, chief among them is Ngannou’s current contractual situation.

With failed negotiations and a feeling of under-appreciation within the Cameroonian’s camp, it appears there’s a chance Ngannou could depart the UFC if he’s dethroned by Gane in in a few weeks time. While Dana White recently provided a positive update on the stand-off, he also doubled down on his criticism of the champ’s manager.

Discussing the fractious relationship between the promotion and one of its top titleholders in a recent video uploaded to his YouTube channel, Chael Sonnen suggested the uncertainty surrounding Ngannou’s future has helped make his clash with Gane the biggest, most interesting, and most compelling heavyweight fight of all time.

“It is, for sure, the most interesting. It is, for sure, the most compelling. It, for sure, comes with the most at stake here. Where Francis’ contract stands and what Francis wants to do within the organization as the champion, whether he wins or he loses, he brings those pressures with him. That story alone is better than any heavyweight story I’ve ever been told, and I’m not even starting the story of this fight… I submit to you that no other heavyweight fight has ever gone off in this particular situation, where the heavyweight champion himself, is looking to fulfil a contract and say, ‘Adios.’ The pressure that comes with that alone is more compelling than any other heavyweight fight we’ve had.”

Despite White’s latest remarks, it appears things are far from being sorted with regards to Ngannou’s contract. With all the factors at play leading up to UFC 270, the main event and the aftermath of it is set to be an intriguing affair.

Do you agree with Chael Sonnen? Is Francis Ngannou vs. Ciryl Gane the biggest and most compelling heavyweight fight of all time? 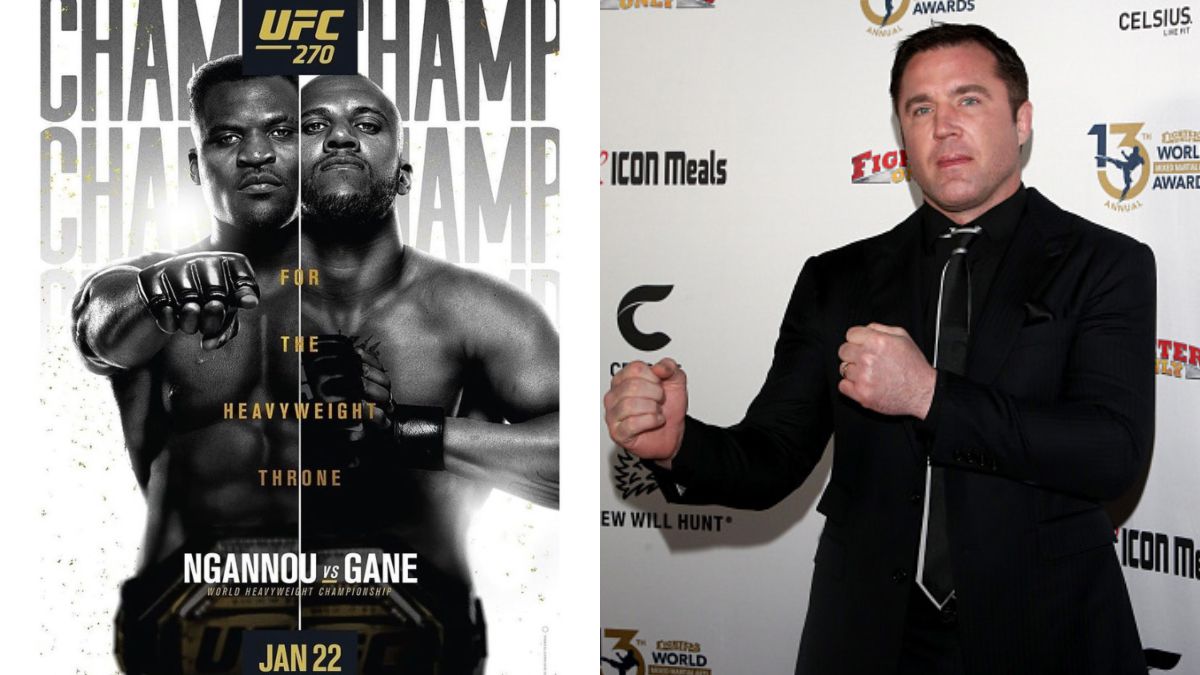