Sonnen: Gregor Gillespie’s Inactivity Is His Fault, He Won’t Take Fights
published on January 21, 2022
curated and posted by BRWLRZ Team

Since signing with the UFC in 2016, Gillespie has entered the Octagon eight times. In a perfect start to his run in the promotion, “The Gift” went 6-0 during his first two-and-a-half years on MMA’s biggest stage, a record that included five finishes, two of which came over established veterans Vinc Puchel and Yancy Medeiros.

But a run of momentum has never been stopped quite as emphatically as Gillespie’s was. Heading into UFC 244 in 2019, the New York native was 13-0 and tipped to make a run for the 155-pound gold. Going in the opposite direction was Kevin Lee, who was coming off back-to-back losses to Rafael dos Anjos and Al Iaquinta.

With one of the most brutal knockouts the UFC has ever played host to, “The Motown Phenom” sent Gillespie’s unconscious body crashing into the cage and canvas with a thunderous head kick.

Following his first setback in professional MMA, Gillespie wasn’t seen in action for nearly two years. He returned at UFC Vegas 26 last May. With a grueling TKO, the 34-year-old finished divisional veteran Carlos Diego Ferreira in the second round.

But without a fight booked since, it appears it could be close to, or more than, a year in-between fights yet again for the #10-ranked lightweight.

While the UFC has to offer members of its roster three bouts a year, Gregor Gillespie has fought just twice across the past three years. In the mind of former UFC star-turned-MMA analyst Chael Sonnen, Gillespie’s inactivity is his own fault.

In a video recently uploaded to his YouTube channel, Sonnen claimed he’d heard rumors that suggest Gillespie has consistently been turning down fights the promotion offers him. While the 44-year-old admits the claim is just what he’s been told by others, he admitted he believes it to be true.

“Now, I only know about Gregor what I hear about Gregor… But I have heard this about Gregor for three years now, that he will not take fights,” said Sonnen. “The reason you see huge gaps in between Gregor’s last fight and his next fight isn’t because he’s not getting called, it’s not because he’s got a bum shoulder, knee, or ankle. He gets offered the fight and says no. He’s even been threatened in some regards, such as, ‘I can’t bump your money if you don’t take harder fights. ‘Great, don’t bump my money.’ I can’t prove any of these things are true, guys. I’m only confirming for you I have heard this, and I’ve heard this from other people.

“Okay, great, ‘Gregor we can’t put you in the placement of the card we’d like to use you if you’re fighting these kinds of guys.  ‘Great, don’t put me on that place of the card.’ ‘Okay, we can’t move you up the rankings. ‘Okay, great, don’t put me up in the rankings. This is what I’ve been told and re-told, and I believe it to be true that Gregor isn’t taking fights.”

Citing Gillespie’s lengthy period of inactivity following his Lee loss and his ongoing spell on the sidelines since his Ferreira victory as evidence, Sonnen suggested there’s little chance “The Gift” is the one fighter not being offered the correct number of contests.

Instead, the former light heavyweight and middleweight contender said the more likely scenario is that Gillespie is attempting to handpick fights such as Tony Ferguson, rather than test himself against the opponents the UFC has placed on his table. When that doesn’t work out, Sonnen says the 155lber has no right to complain.

“Now the one time that he wants a fight and can’t get it, he’s upset, do you see the problem?” Sonnen added. “Now my entire diatribe goes out the window if I’ve been given bad information and Gregor is accepting fights. But I’m gonna have to push back on that and say, why from the time you fought Kevin Lee to your last fight was it a year or more? And why was your last fight in May, and we’re almost in May of this year? Are you the one guy under contract who isn’t owed contractually three fights? No, of course you are. You’re owed three fights; they offered you a fight. Where there’s smoke, there’s fire, and you’re turning down fights.

“So now all of a sudden you’re chomping at the bit because you’re seeing Tony Ferguson, who everybody knows who he is and you’re even maybe seeing a blueprint within your skills that looks good for Tony Ferguson? I mean, you see the problem?”

After multiple callouts went unanswered, Gillespie has expressed his disdain in recent weeks at the fact a desired matchup with “El Cucuy” isn’t coming together. But if he has been turning down other names, Gillespie certainly won’t be getting any sympathy from Sonnen when he doesn’t get his way.

While Sonnen didn’t provide any evidence other than Gregor Gillespie’s recent inactivity, a social media post from the 34-year-old’s fellow lightweight contender Arman Tsarukyan certainly backs up the claim.

Late last year, the Armenian-Russian 25-year-old claimed he’d accepted an offer to face Gillespie and was awaiting an answer from the wrestling specialist. With Tsarukyan now set to face rising prospect Joel Alvarez next month, it would appear “The Gift” may very well have turned down the chance to face the #13-ranked lightweight.

Do you think Gregor Gillespie is turning down UFC fights? 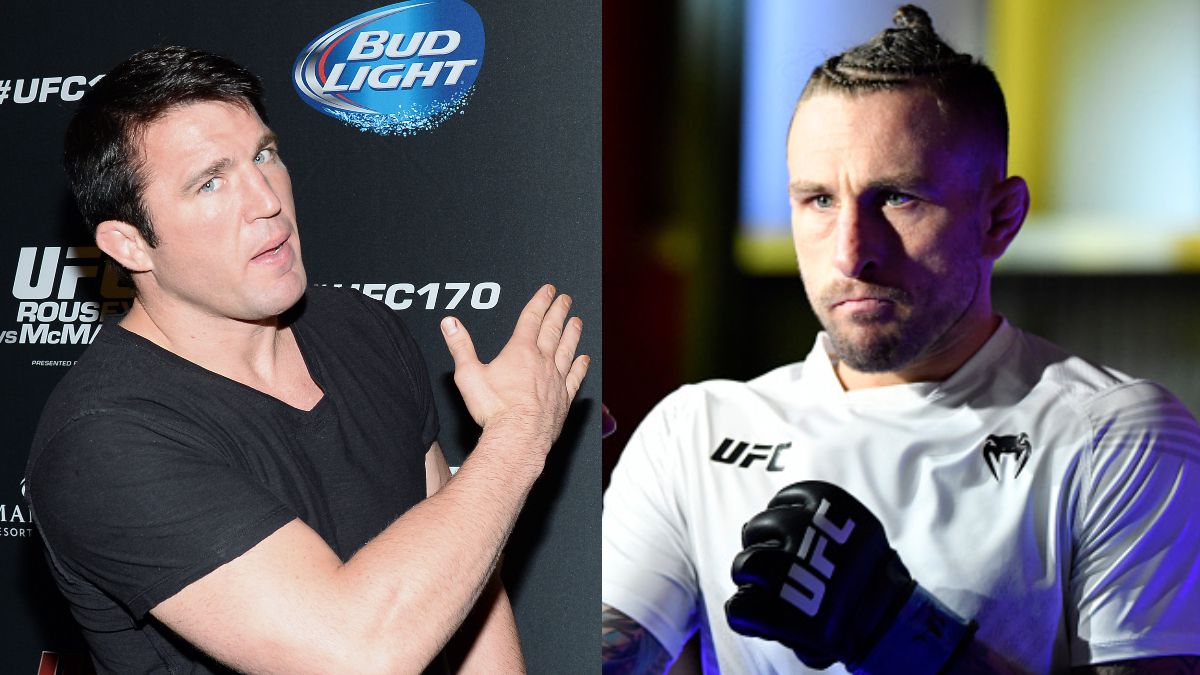