After being in the media’s crosshairs for some time, a few of Joe Rogan‘s views on the COVID-19 pandemic were mocked in an opening skit on Saturday Night Live.

While some feel SNL skits have lost comedic vibrancy, it appears Joe Rogan is reaching new levels of fame and notoriety nonetheless. The UFC color analyst has been widely criticized for his controversial takes on the pandemic in the U.S.

The sketch shows actor, Pete Davidson, wearing a bald cap and a black button-down shirt denoting Rogan in his typical UFC fight night attire. As the fake Rogan enters the scene with a bag of unidentified pills, he shows up on a ‘Newsmax Kids’ rendition of Seasame Street, hosted by U.S. Texas Senator, Ted Cruz, played by Aidy Bryant.

The scene depicts fake Joe Rogan arriving at Ted Cruz street to help Big Bird with a case of COVID. After shoveling some pills down his throat, the Rogan impersonator offers Big Bird a helping hand.

“I used to host Fear Factor and now doctors fear me,” he says. “I took Carlos Mencia down, I can take COVID.” Fake Rogan replies to Big Bird’s request for help.

“Here’s some zinc, and ayahuasca, and horse medicine,” Fake Rogan continues. “I’m a human and I took horse medicine. And speaking of things that are horse-like, today’s two sponsors are the letters S and D, as in ‘I can S my own D.’”

Following his diagnosis of COVID-19 ten weeks ago, the real Joe Rogan went to social media and revealed a cocktail of drugs he took to eradicate the virus from his body in a remarkable amount of time.

The second stanza, of course, is a reference to Joe Rogan’s intrepid claim on The Joe Rogan Experience. The former Fear Factor host shared that he is able to perform oral sex on himself. The autoerotic declaration was made during a bizarre conversation with podcast guests Ari Shaffir, Mark Normand, and Shane Gillis.

What do you make of SNL’s recent skit about Joe Rogan? 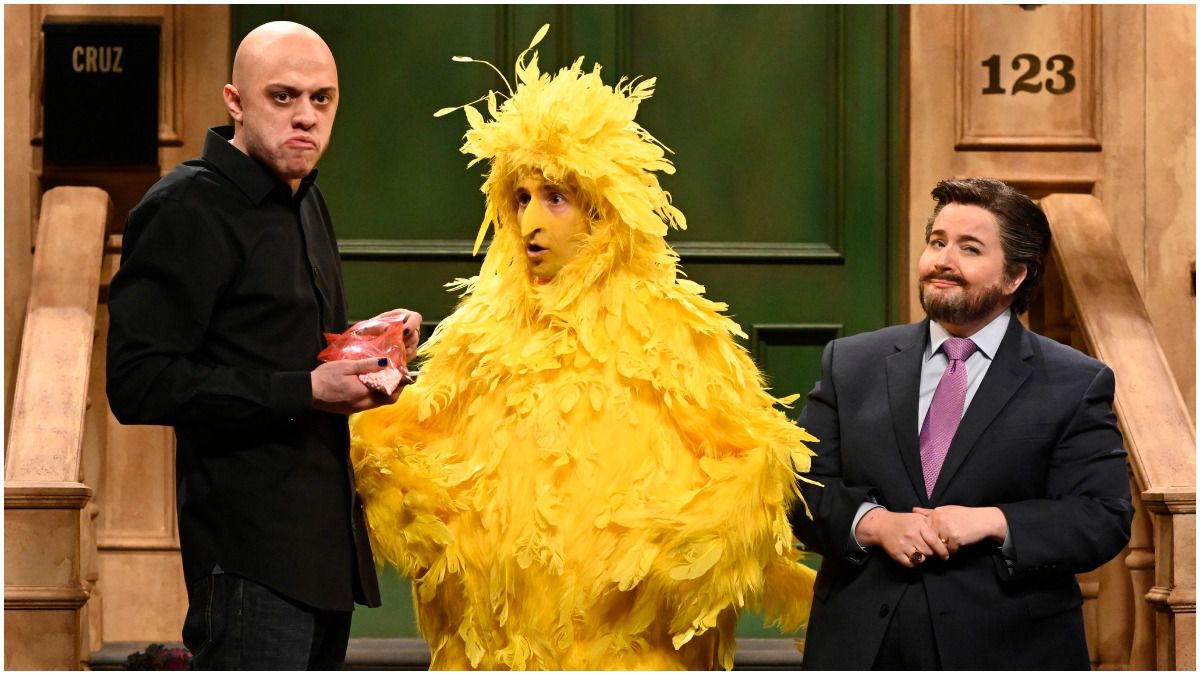