Claressa Shields wants to face the best female fighters in combat sports in both MMA and boxing.

Shields is set to make her boxing return against Ema Kozin to defend her various titles. She has remained adamant in her desire to remain active in both boxing and MMA simultaneously going forward.

Shields has accumulated a 1-1 record in MMA, earning an impressive win over Brittney Elkin followed by a split-decision defeat to Abigail Montes in the PFL. She trains down at Jackson-Wink MMA in New Mexico alongside top MMA talents such as Holly Holm and formerly Jon Jones.

Despite her relative inexperience in MMA, she has massive goals with this combat sports venture. During a recent interview with Sirius XM, Shields called out some of the best female MMA fighters for matchups in the future.

“I would love to get inside the cage, or the ring, with Amanda Nunes, Kayla Harrison, Cris Cyborg, all the girls who are at the top of MMA,” Shields said. “I would love to try my luck with them in MMA, and of course, in boxing. In MMA, we’ve never had a fight where it was two Olympic gold medalists to fight each other, so that would be me and Kayla Harrison.

“Amanda Nunes is just a force to be reckoned with. She’s got a big punch, she can wrestle, she can do jiu-jitsu, she’s the best. Me being who I am, it’s like, I wanna train hard enough and for the right amount of time to where if I ever had to get inside the cage with her. I want the world to know I’m about to give this woman hell, even though she’s the best!” (h/t SportsKeeda)

It’s unclear if Shields will compete in the PFL’s lightweight tournament for the 2022 season or compete in non-tournament fights as she did last year. PFL chief executive Peter Murray assured fans that Shields is committed to her MMA development alongside her boxing competitions.

There’s no question that Shields poses some of the best striking in the PFL and arguably in women’s MMA today. However, her grappling is still a work in progress as she hopes to up her level of competition in years to come.

How do you think Claressa Shields would match up against some of the best MMA fighters? 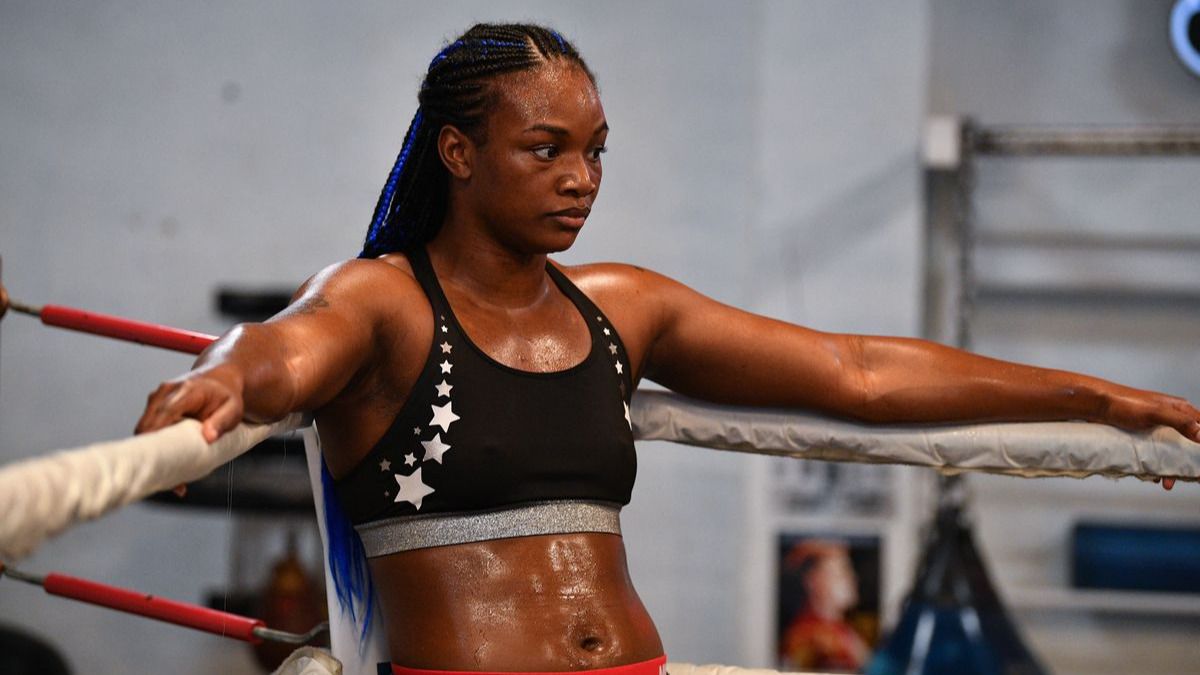