Shevchenko Says Only A Superhuman Murphy Could Surprise Her
published on September 24, 2021
curated and posted by BRWLRZ Team

Valentina Shevchenko has claimed that it will take something superhuman from Lauren Murphy to beat her on Saturday night.

On April 24, 2021, Valentina Shevchenko scored a dominant TKO victory over the Brazilian powerhouse, Jéssica Andrade, to make her fifth successful defense of the flyweight title.

Just five months on from UFC 261, Shevchenko looks to tie the all-time women’s UFC record of six title defenses when she steps in the Octagon against Lauren Murphy this weekend.

Despite recently extending her winning streak to five wins when she earned a hard-fought decision over Joanne Calderwood, Shevchenko believes Lauren Murphy must show something extraordinary to beat her—something Valentina doesn’t imagine the 38-year-old having.

When questioned what she thinks of her upcoming opponent during a UFC media day, Shevchenko gave her honest analysis.

Serving as the co-main event at UFC 266 on September 25, Shevchenko will once again be hoping for a dominant performance and to make short work of yet another #1 contender.

While she arguably faces the toughest test of her career, Lauren Murphy comes into her 20th professional bout without a single stoppage loss, which could serve her well when standing across the Octagon from a killer like Shevchenko.

Who do you see walking away with the women’s flyweight title after Valentina Shevchenko faces Lauren Murphy this weekend? 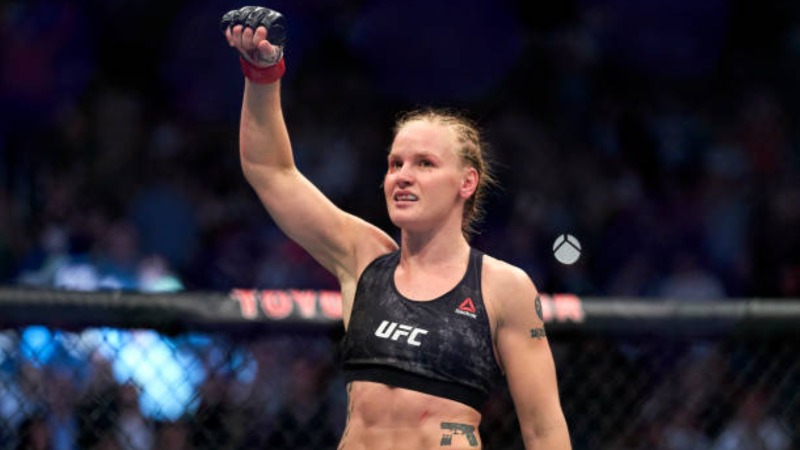