Shevchenko Names Her Ultimate Goal As A Mixed Martial Artist
published on September 27, 2021
curated and posted by BRWLRZ Team

After yet another dominant title defense at UFC 266, Valentina Shevchenko has revealed her lofty ambitions as a mixed martial artist.

Shevchenko (22-3) made light work of Lauren Murphy to defend her women’s flyweight title for the sixth time on Saturday night before a packed Las Vegas crowd. Murphy just didn’t have an answer for the clinical strikes and blistering speed of the “Bullet,” who smashed her way to a TKO in the fourth round.

The loss snapped Murphy’s five-fight win streak, which included victories over Joanne Calderwood and Roxanne Modafferi. For Shevchenko, she’s now unbeaten in eight fights, with her last loss coming against the only woman to ever pose a challenge, Amanda Nunes.

Valentina Shevchenko Reveals Her Driving Ambition As A Fighter

Back-to-back losses to Nunes in 2016 and 2017 are the only blemishes on Shevchenko’s otherwise perfect fight record. And to her credit, the second loss came via split decision at bantamweight—a weight class for which Valentina is not naturally suited—against a much physically larger opponent in Nunes.

At flyweight, however, the “Bullet” seems untouchable. And speaking at the UFC 266 post-fight press conference, Shevchenko revealed that this is her ultimate goal as a mixed martial artist.

“I didn’t expect easy fight,” said Shevchenko. “Lauren, she’s a tough opponent. She’s physically very strong. But I wanted to play my game. And my ultimate goal as a martial artist: to reach the level when your opponents, when they’re fighting each other, they look like furious, powerful, very strong. But when they fight me, it’s kinda like they cannot touch you, but you can feel yourself. What I want (to be) as a martial artist: untouchable.”

What do you think? Is Valentina Shevchenko untouchable at flyweight? 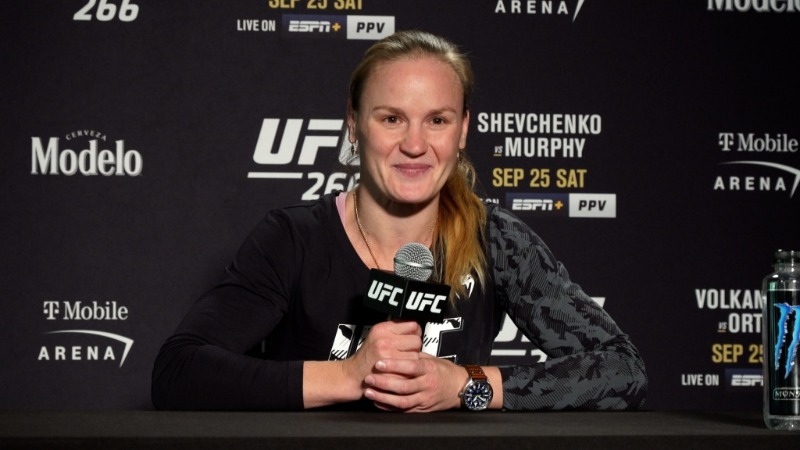