Sherman: I’d Rather Be A UFC Washout Than A One-Hit Wonder (2017)
published on January 16, 2022
curated and posted by BRWLRZ Team

After the comments featured in this archived article were made, Chase Sherman would lose his next three fights and be released from the UFC. However, that’s not where his story ends.

He would return to the promotion in December 2018 and win his next four fights. Last year, however, he dropped two straight, first to Andrei Arlovski in April and then to Parker Porter in August, both via unanimous decision.

Tonight, Sherman looks to avoid a third consecutive loss when he faces Jake Collier in the co-main event.

Headline: Chase Sherman Would Rather Be A UFC Washout Than a One-Hit Wonder

Chase Sherman’s nightmare is to be a flash in the pan.

Sherman is coming off a unanimous decision victory over Damian Grabowski this past Saturday night (July 22). It was “The Vanilla Gorilla’s” second straight victory, which is much needed after losing his first two Ultimate Fighting Championship (UFC) bouts.

Speaking to the media, Sherman admitted there may have been more pressure on him this go-round because of his sudden popularity on social media (via MMAJunkie.com):

“It almost seemed like I had a little more pressure this time than last time because I don’t want to let my fans down. They invest a lot in me, and they’re constantly watching.”

The heavyweight is happy to turn things around, but if he wouldn’t have found any success in the UFC he would’ve been satisfied knowing that he wasn’t just lucky.

“I always want to prove them right. I always want to make them proud, make my family proud, make my friends proud. So there’s a little more pressure there because I told myself I’d much rather just go 0-3 and completely fail at it than be a one-hit wonder – to get that little bit of fame and then fizzle out and no one remember who you are.” 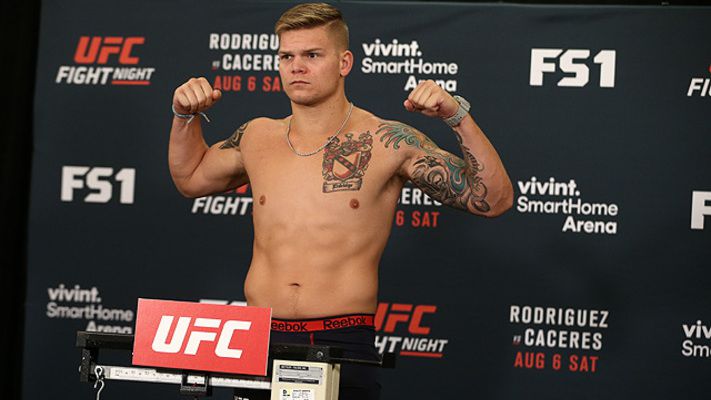