Sergei Pavlovich Stops Tai Tuivasa With Barrage Of First Round Strikes In Dominant Win
published on December 6, 2022
curated and posted by BRWLRZ Team 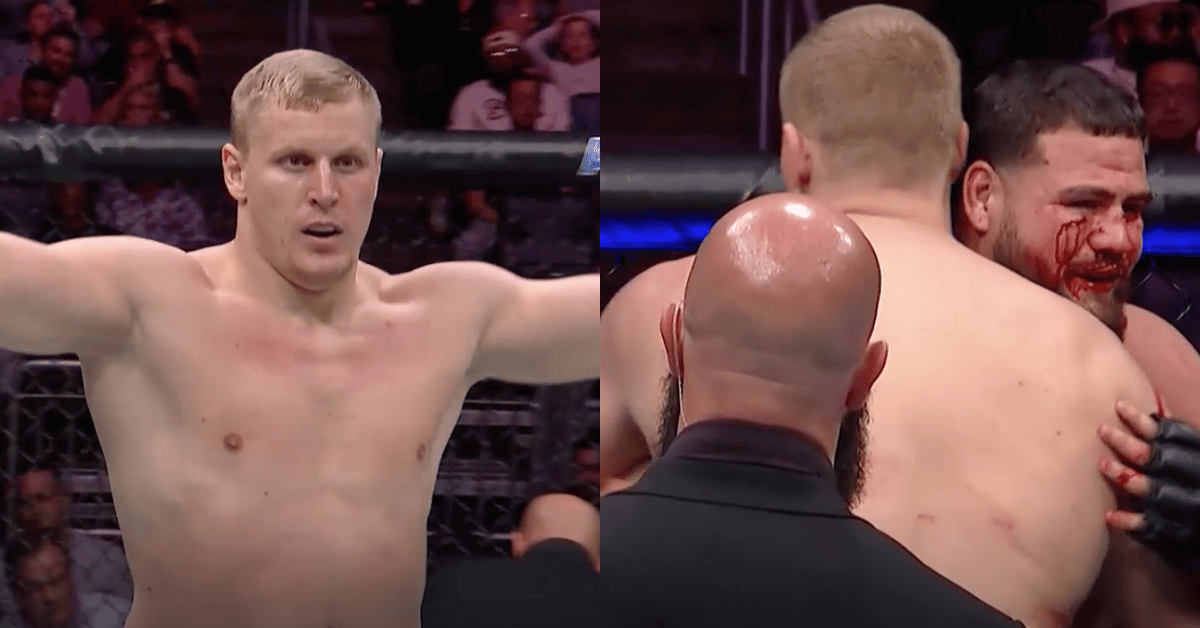 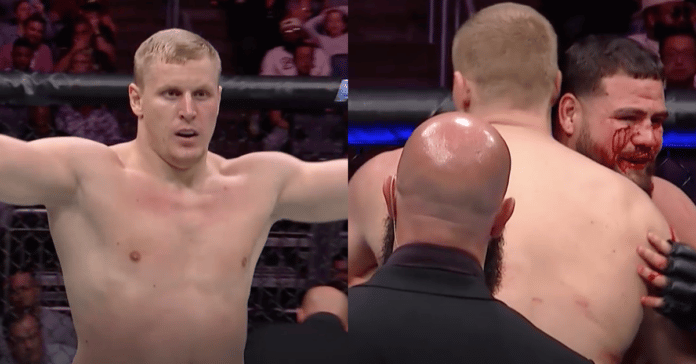 Count it five consecutive victories for emerging heavyweight contender, Sergei Pavlovich, who throws caution to the wind and lands a dominant, first round knockout win over Australian heavy hitter, Tai Tuivasa on the main card of UFC Orlando — landing a first round knockout victory.

Pavlovich, a former M-1 Global heavyweight champion, whose sole UFC loss came in the form of a debut defeat to Alistair Overeem, entered tonight’s fight with the fan-favorite, Tuivasa off the back of a contentious first round knockout win over Derrick Lewis at UFC 277 back in July.

Trading blow-for-blow with prolific knockout artist, Tuivasa in the opening minute of their UFC Orlando main card bout, the quicker and more accurate, Pavlovich found his mark more often than not against the Aussie, felling him multiple occasions before eventually landing a first round knockout win inside just 54 seconds.

Below, catch the highlights from Sergei Pavlovich’s first round win against Tai Tuivasa