Sean Strickland Accuses Adesanya Of Steroid Use In Profane Tirade
published on December 17, 2021
curated and posted by BRWLRZ Team

Sean Strickland has spent 2021 making waves. The UFC middleweight is on a five-fight win streak and has been slowly moving his way up the rankings over the last few years. But his in-cage prowess isn’t what’s been getting him attention.

The stories surrounding Strickland lately have been about his bizarre interviews and social media actions. In recent months, the top-ten middleweight has revealed his neo-Nazi past, threatened violence towards those sharing the road with him, and divulged his desire to kill somebody in the Octagon.

In a recent MMA Junkie interview, Strickland set his sights on the champion of his division, Israel Adesanya. Strickland believes the champ is using steroids and showing signs of gynecomastia (enlarged breasts in men) as a result (h/t MMA Junkie).

“Izzy’s a great fighter – he comes from kickboxing – have you ever seen a fighter with gyno for any other reason than that?” Strickland said. “Besides him, have you ever seen a fighter in the UFC that smokes weed that gets gyno? Ever? You can’t, because it doesn’t f*cking happen unless you cycle wrong. That’s a fact. We all know it. But regardless of the fact, Izzy’s a f*cking great fighter. We know that. That’s the fight I want.

“Izzy, I’ll come over dude. We can f*cking watch anime and you can put some f*cking testosterone in my ass. I’ll do it with you. Let’s f*cking go. With a needle, I think you guys do the stomach, right? Is that where you guys do, the stomach? You’re the expert on f*cking steroids. How’s it done?”

Last year, a photo of Adesanya’s pectoral went viral and lead to people claiming his flabby chest muscle was a result of steroid use. Adesanya addressed the drama, saying he had everything checked out, including a mammogram, but believes his condition may be due to “unhealthy living” and “smoking weed.”

When Sean Strickland isn’t being an absolute madman on the web, he can be found in the cage. The American’s last trip to the Octagon saw him take a unanimous decision over Uriah Hall in July. He is next scheduled to face Jack Hermansson on February 5. 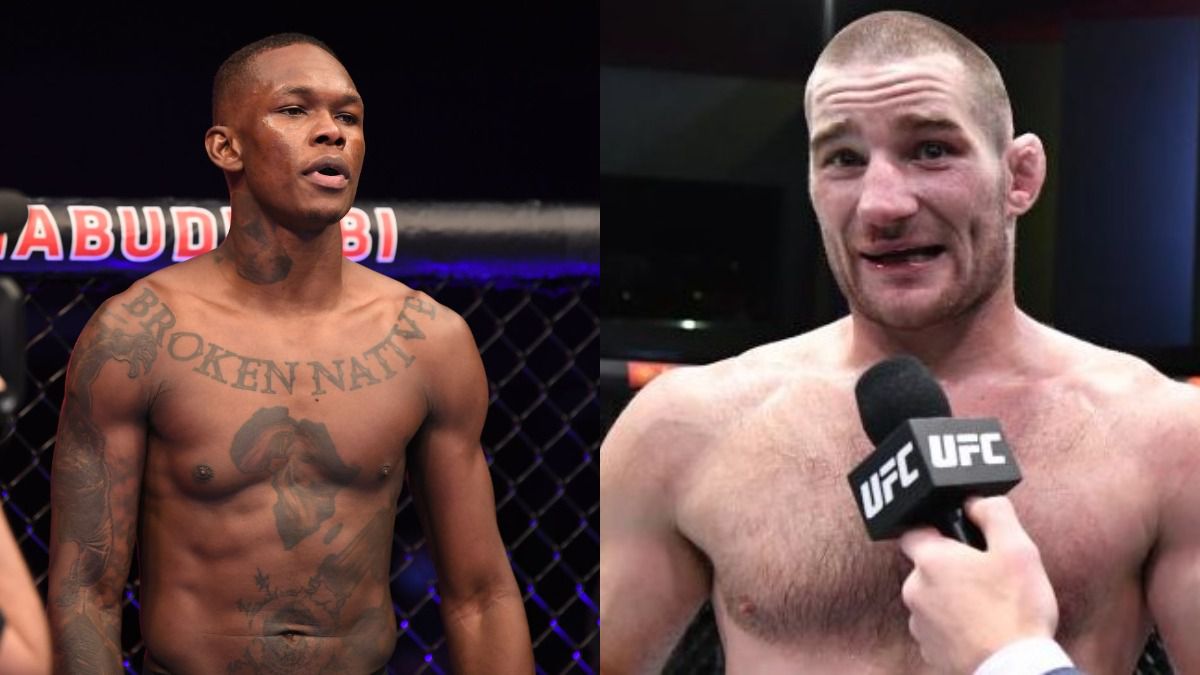