O’Malley and the hosts covered a range of topics during the bantamweight’s appearance on the podcast. They discussed O’Malley’s business goals, his unwillingness to fight a five-round fight without a massive pay bump, and he even expressed interest in a future fight against boxing champion Gervonta Davis.

With over an hour of conversation, naturally, any other random topic is liable to come up. Such was the case when O’Malley was asked if he has ever had to get violent with a fan or civilian.

According to the rising star, the closest thing to it is when a stranger challenged him to a spar and wound up…well, you read it.

“He didn’t believe that I was a fighter. Tim [Welch] worked at this UFC gym, so they had a ring, and we brought him over there, not in like a mean way, he wanted to fight me, not fight, he wanted to spar. I fucking kicked him in the body and he shit all over the mat. Literally shit all over the mat. But we didn’t know, we kept going, kept fighting; I stepped in it, stepped in his shit. It was horrible.

“I step in it, we finish the round, and then Tim was like, ‘There’s shit,’ and we thought it was by dog, ’cause we recorded the video. I wish we still had it, dude. It was probably seven or eight years ago… In the video you can see, we thought it was my dog, my little dog was there, so I ended up cleaning it up because I thought it was my dog. We watched the video back; you can see the shit come out of his shorts… That was the only time anyone ever kind of wanted to fight me and didn’t believe that I was a fighter.”

We recently ran a story about Khabib Nurmagomedov having a mildly similar incident, where he was prepared to fight an overzealous fan who wouldn’t take no for an answer when requesting a photo. Luckily for the fan and for our readers, there was no violence or feces involved in that incident.

Years have passed since this stomach-turning sparring session, and O’Malley is now a 27-year-old superstar in the making. By the end of the year, O’Malley may find himself with more random incidents with strangers, whether in a gym, at Walmart, or anywhere else the “Suga Show” rolls through.

But most of all, fans are always eager to see The Suga Show featured in an actual MMA fight, which includes a full clean-up crew ready to assist whenever their duties are needed. 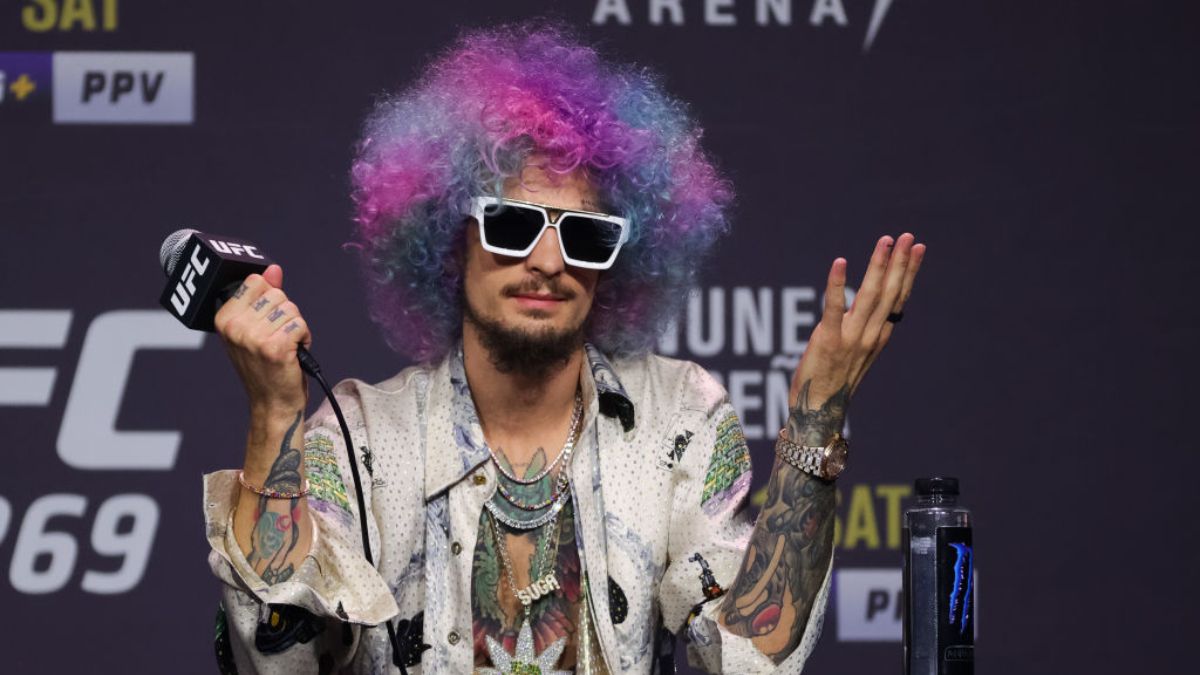