Newly-ranked bantamweight contender Sean O’Malley has criticized comments Joe Rogan made on commentary during his UFC 269 victory over Raulian Paiva.

O’Malley closed out a strong year for “The Suga Show” last weekend at the final pay-per-view of 2021. Having rebounded from his first loss in MMA to Marlon Vera with back-to-back finishes over Thomas Almeida and Kris Moutinho, the 27-year-old aimed to make it three from three against Brazil’s Paiva.

Towards the end of the opening round, O’Malley had the crowd at Las Vegas’ T-Mobile Arena on their feet after recording yet another knockout finish. A brutal combination against the cage slumped Paiva and forced the referee to step in. The victory ensured O’Malley’s path to the top remained on track and saw him enter the rankings at #13 in the latest update.

Although in high spirits in the aftermath of his latest triumph, O’Malley did take aim at color commentator Daniel Cormier, something that seems to be a weekly occurrence at the moment, with Dominick Cruz and Alexander Volkanovski also recently expressing their disdain at the former two-division UFC champion’s mic work.

But O’Malley has now set his sights on another man at the desk, renowned podcast host, stand-up comedian, and combat sports enthusiast Joe Rogan.

While Rogan is no longer as present in UFC coverage as he used to be, now only covering the US-based pay-per-views (unless he has a hunting trip, of course), many still see his voice as an integral part of big events and he remains a popular figure. That’s the case for O’Malley, who signs off his post-fight interviews with the veteran broadcaster by saying, “I fucking love you Joe Rogan.”

While the love is still there, it’s seemingly been joined by some heavy frustration. Speaking on a recent episode of his TimboSugarShow podcast, O’Malley slammed the commentary team for pushing a narrative that suggested he is susceptible to leg kicks.

The idea that O’Malley can be heavily damaged by low kicks came after he suffered a few injuries whilst in the Octagon, including one that led to the only blemish on his record to date. Against “Chito” Vera in 2020, a kick appeared to connect with O’Malley’s peroneal nerve, essentially giving him a case of ‘drop foot’.

Prior to that, O’Malley suffered an injury towards the end of his decision victory over Andre Soukhamthath, leading to the infamous post-fight interview that saw Rogan speak to “Sugar” while he was being tended to on the mat.

Despite maintaining the love he has for the UFC mainstay, O’Malley suggested Rogan hadn’t watched his defeat to Vera enough to form a “knowledgeable opinion.”

“You can just say anything on the mic. Everyone knows how much I fucking love Joe Rogan. I say it after my fights… He might have watched that Chito fight one time while he was sitting there and then his opinion is what he saw right there. But dude, he got one kick that hit my nerve… He did land a couple of good leg kicks after that, but I was on one leg and I still pieced him up. If you’re gonna commentate and bring up that fight, every single time I fight, go watch it and form a knowledgeable opinion about it.” (h/t Sportskeeda)

O’Malley’s claim is fairly similar to Cruz’s remarks about “DC.” The former two-time bantamweight titleholder accused Cormier of not watching enough tape and doing enough research to be able to call fights correctly.

But unlike that case, which saw many in the community agree with “The Dominator,” the narrative that O’Malley can be compromised by heavy leg kicks has been pretty prevalent, especially since his setback last year.

Was Joe Rogan wrong to suggest Sean O’Malley is susceptible to leg kicks? 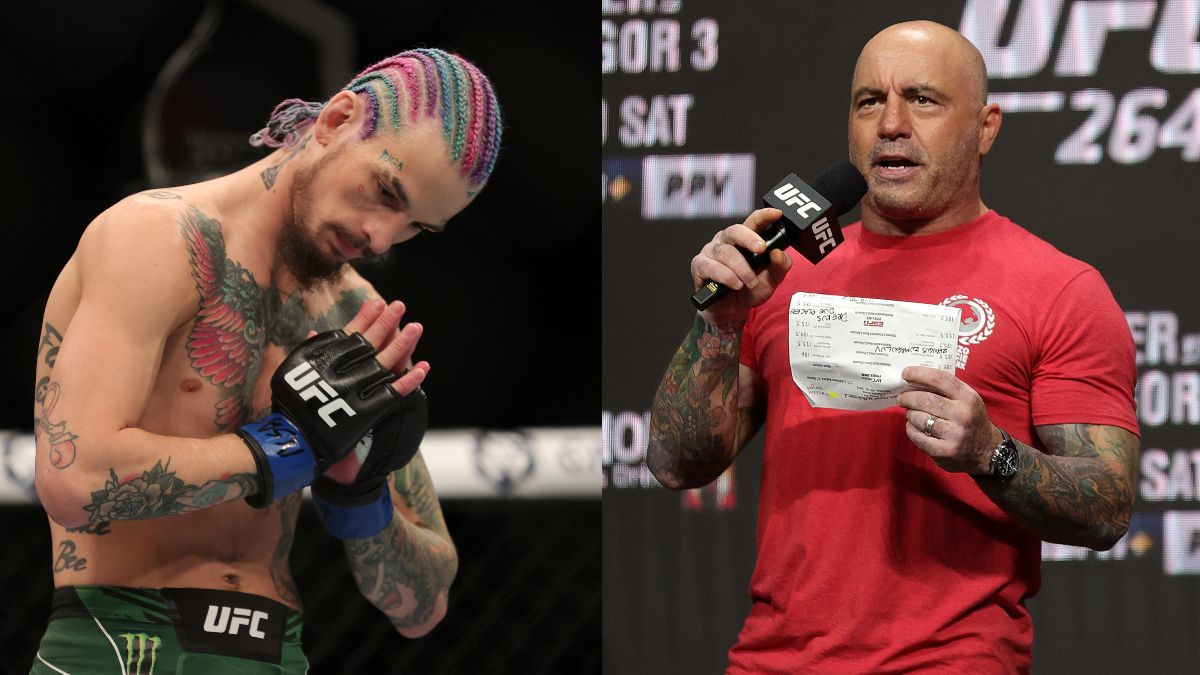