Sean O’Malley Predicted He’d KO Petr Yan In One Round
published on October 9, 2021
curated and posted by BRWLRZ Team

UFC bantamweight Sean O’Malley has suggested that he’d knock former champion Petr Yan out inside one round if they were to trade blows inside the cage.

O’Malley’s comments came after it was announced that Sterling, the current UFC Bantamweight Champion, was forced to withdraw from his scheduled rematch with “No Mercy” on October 30. The clash was set to be the co-main event for the promotion’s return to Abu Dhabi.

The pair first collided at UFC 259 in March. Yan was looking to defend his title for the first time, and through three rounds, he looked to be firmly on his way to doing so. However, an illegal knee signaled the end of the bout and the end of the Russian’s short title reign. After Yan’s disqualification, “Funk Master” became the first UFC champion to have been crowned via a DQ.

After Sterling underwent neck surgery shortly after removing Yan from the throne, their inevitable rematch was delayed. To the fill the time, the rivals continued to trade barbs over social media. With the champ’s withdrawal, that trend is likely to continue over the coming months.

After a short search for a new opponent, it’s been announced that Cory Sandhagen will replace Sterling at next month’s pay-per-view. “The Sandman” will fight Yan for the Interim UFC Bantamweight Championship.

As the UFC bantamweight title scene continues to develop and change, there’s one surging bantamweight who’s been keeping himself involved in the conversation with the top contenders online. Sean O’Malley, who is unranked, has been exchanging words with Yan for well over a year.

Having thrown his name in the hat to face the Russian next month before the announcement of Sandhagen’s interim title fight with him, O’Malley further commented on a possible clash with “No Mercy” in a recent episode of his TimboSugarShow podcast. “Sugar” suggested he’d knock the former champion out inside one round.

“I’m just saying that I’m training for it, me [Sean O’Malley] vs. Petr Yan is happening. Could you guys imagine though, unranked champ? Going from fucking rank number whatever to champ, cos’ I sleep the Russian in one…the biggest fight would be me vs. Petr.” (h/t Sportskeeda)

O’Malley added that he plans on giving everything he has early when he eventually meets Yan inside the Octagon. In his mind, he either knocks the Russian out fast, or he gets finished himself. Either way, he doesn’t believe the fight would last more than two rounds.

“I plan on fucking going in there and in 10 minutes, take him out, and if not, get taken out baby. Petr, you don’t want to fight the poodle?”

Yan did provide a short reply to O’Malley on Twitter. After “Sugar” tagged him in a post immediately after news of Sterling’s withdrawal, “No Mercy” responded with his trademark O’Malley insult, “What’s up poodle?”

Despite being outside of the divisional top-15, O’Malley is one of the bigger names at bantamweight. Since falling to his first loss at the hands of Marlon “Chito” Vera last year, the rising star has rebounded in style. A dominant performance against Thomas Almeida brought him back into the win column, before a record-breaking striking display against Kris Moutinho at UFC 264 netted him $50,000.

After turning down a fight with Frankie Edgar at UFC 268 because of New York’s high taxation and his head coach’s commitments elsewhere, O’Malley is now set to fight Raulian Paiva at UFC 269.

How do you think Sean O’Malley would fare against Petr Yan? 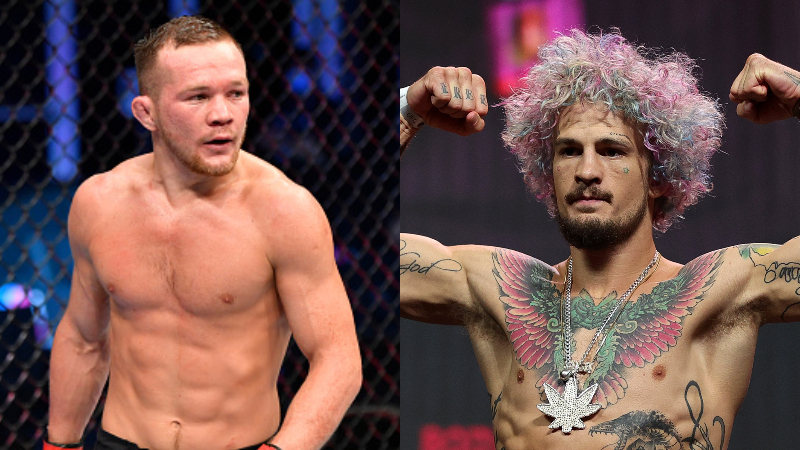