Sean Brady Sees “Wonderboy” As His Only Possible Next Opponent
published on January 4, 2022
curated and posted by BRWLRZ Team

Undefeated UFC welterweight Sean Brady believes a fight with Stephen “Wonderboy” Thompson is the only matchup that makes sense for him next.

After a perfect 4-0 start on MMA’s biggest stage, which included a 2021 submission victory over Jake Matthews, Brady had his chance to break into the group of contenders at UFC Vegas 43 in November. He faced the challenge of promotional veteran Michael Chiesa, a man who boasts the names of Neil Magny, Rafael dos Anjos, and Beneil Dariush on his résumé.

In a controlling performance, Brady extended his unblemished record to 15-0 with a unanimous decision triumph over “Maverick.” In doing so, he rose to #9 in the UFC welterweight rankings. With that in mind, he’s targeting a big name for his next Octagon outing.

While Brady surged up the welterweight ladder in 2021, one top veteran went in the opposite direction. At the start of the year, Stephen Thompson was riding a two-fight win streak and, as one of the few high-ranked names yet to challenge Kamaru Usman, had aspirations of a title shot.

Fast forward to the start of 2022 and the script has flipped for “Wonderboy.” Defeats to Gilbert Burns and Belal Muhammad have left him in need of a rebound performance to keep his hopes of a third championship opportunity alive.

During a recent interview with The Schmo, Brady offered to give Thompson that chance. Discussing his options in 2022, the 29-year-old suggested there aren’t many beyond “Wonderboy.”

“It’s a weird division,” Brady said. “Honestly, I’m nine, Wonderboy’s seven, I don’t really see any other options right now. I know the guys in the top five, they only want guys higher than them or a title fight, and then Neil Magny and me are training partners, we’re not fighting each other, and there’s Masvidal; I’m realistic, I know I’m not getting that fight. So I think me and Wonderboy would be a great fight.”

With Brady evidently ruling out a clash with teammate Magny, that leaves the UFC with two pairs of training partners refusing to fight inside the 170-pound top 10, top-five contenders Burns and Vicente Luque being the other.

Nevertheless, should Brady fight and beat Thompson, avoiding a clash with “The Haitian Sensation” shouldn’t be an issue, as he’ll be well on his way towards title contention and not far from a shot at “The Nigerian Nightmare.”

How do you think a fight between Sean Brady and Stephen “Wonderboy” Thompson would play out? 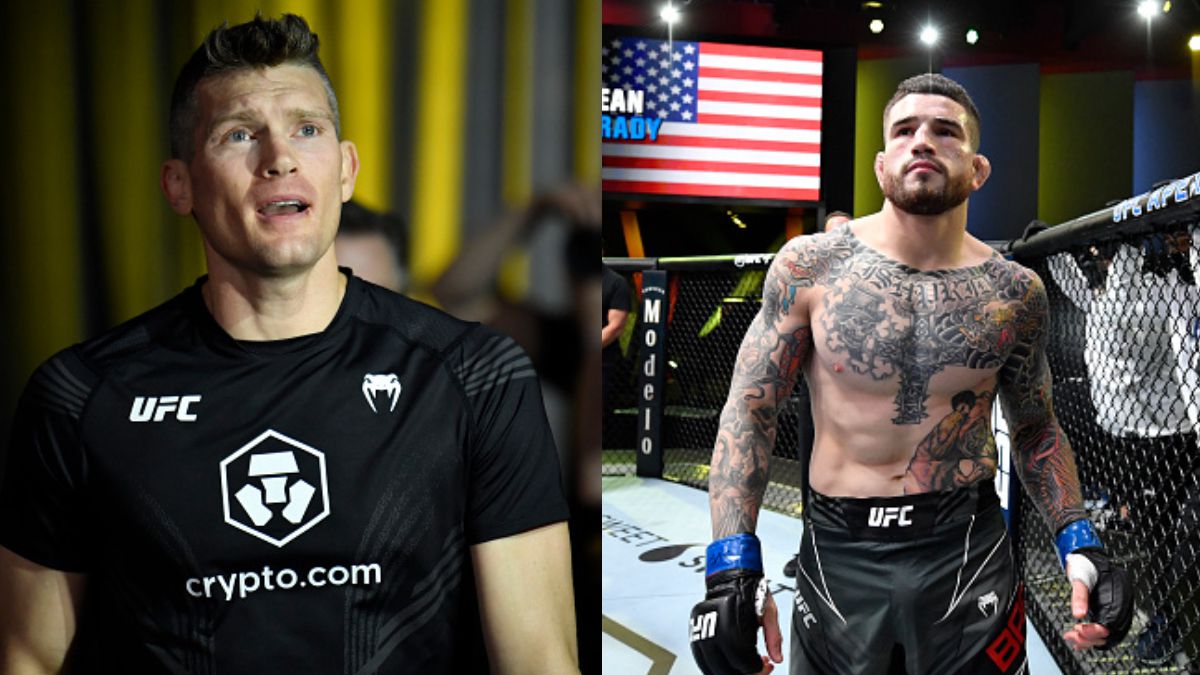