Sean Brady Finally Caves And Calls Out Who He’d Like To Fight Next
published on November 21, 2021
curated and posted by BRWLRZ Team

Sean Brady has caved and called out who he wants for his next fight.

In the UFC Vegas 43 co-main event, Sean Brady picked up the biggest win of his career when he defeated Michael Chiesa via unanimous decision. The post-fight interview with Daniel Cormier was one full of awkwardness, with Cormier strongly nudging Brady to call out his next opponent before the double-champ seemed to forget Brady’s name as he was making his way back to the commentator’s table.

During the post-fight press conference, Brady had a playful exchange with the “disrespectful” Cormier about the name blank and would later give in to Cormier’s nudging by calling out who he would like to face next.

“I think the winner of Belal [Muhammad] and Wonderboy [Stephen Thompson] would be fun. I don’t know what they’re both ranked, but I know they’re both in the top 10. I know the rankings come out on Tuesday. I’m sure I’m gonna land somewhere in the top 10. And then, yeah, we go from there.”

Brady entered the fight as the #14-ranked welterweight, with Chiesa being ranked #6. Brady is now 15-0 and is 5-0 in the UFC, so it should be interesting to see just how much disruption the ranking panel allows him to make in the talent-deep top 10.

The bout between Stephen Thompson (#5) and Belal Muhammad (#9) is scheduled to take place on December 18 in what will serve as the final card of the year. That event will be headlined by Derrick Lewis taking on Chris Daukaus.

What do you think of Sean Brady’s callout? 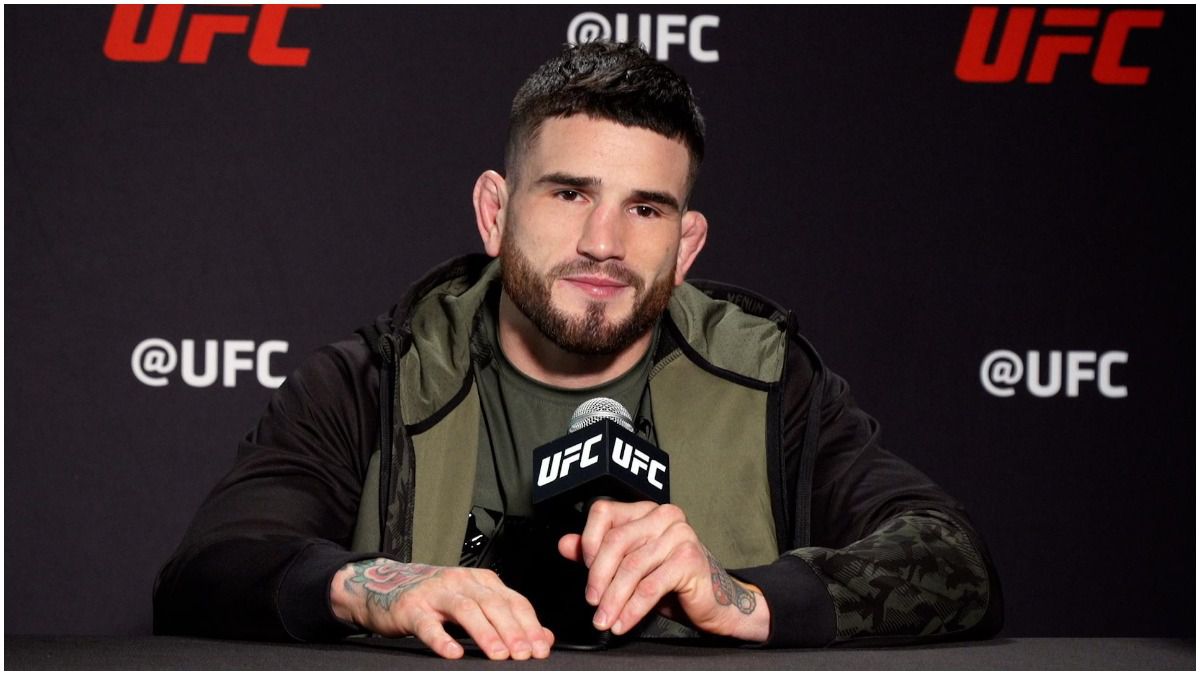