Scott Coker Says Rematching Fabricio Werdum Is Up To Fedor Emelianenko
published on October 15, 2020
curated and posted by BRWLRZ Team

Scott Coker says Fabricio Werdum signing in Bellator is up to Fedor Emelianenko if the Russian wants the rematch.

Recently, Coker met with Werdum’s manager, Ali Abdelaziz, to discuss bringing in the former UFC champ to rematch Emelianenko. Yet, according to the Bellator boss, he says the Russian still isn’t sure if he wants the rematch.

“Fedor is, I think, 50/50 on it,” Coker said to MMAJunkie. “It’s not the burning desire that maybe Fabricio wants it to be, but we’re gonna keep talking to Fedor and see if he wants to do it. And if Fedor wants to do it, then we will definitely do it, because that might be a fight that he fights in Moscow or someplace on one of his last two fights.”

Fabricio Werdum and Fedor Emelianenko fought back in Strikeforce in 2010 with the Brazilian pulling off a massive upset by submitting Emelianenko. Ever since then, many fans wanted to see the rematch and it might be getting closer.

Werdum is coming off a submission win over Alexander Gustafsson to get back into the win column in the final fight of his UFC deal.

Fedor Emelianenko, meanwhile, knocked out Rampage Jackson in Japan back in December. 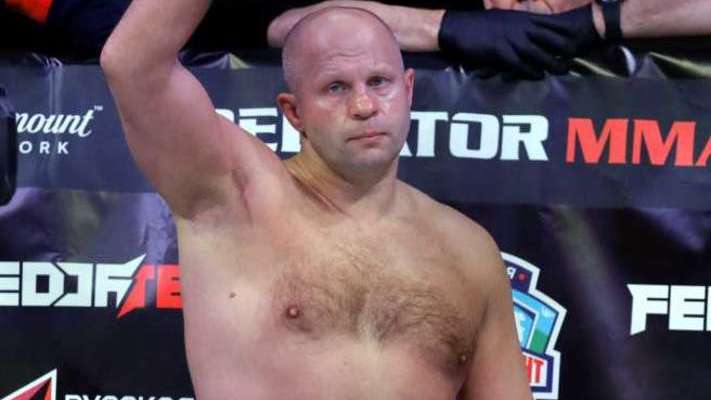